BRING ON THE FALCONS: Coach Bill takes on Atlanta for the 15th time 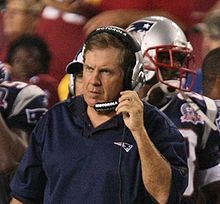 When a coach has had such a long history of success as Bill Belichick has there is an expectation that his record against each team in the league is impressive. That expectation has been met when anyone reviews Belichick against the Atlanta Falcons going back to 1976 when he was an assistant in Detroit.

Reviewing film and analyzing box scores reveals the following: Coach Bill is 11-3 against Atlanta. Usually fans want something more in depth than just one statement; ok, ready? Here goes . . . the Falcons have scored only 197 points (18 a game) in games in which Belichick was involved as either an assistant or head coach.

The first eight times Belichick as an assistant coach with either Detroit or NYG played Atlanta the games were usually low scoring, and hard fought with only one blowout (November 11, 1979).

Coach Bill had graduated from special teams coach to tight ends coach to defensive coach in those eight games, and the quarterback for the first seven games was "Peach Tree" Steve Bartkowski. Though he sure had productive & efficient games in his career, they sure did not come against either Detroit or NYG. Bartkowski's passer rating in all but one of the those seven games was 76.0 or under! 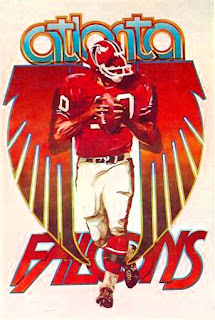 Belichick's record in those eight games was 6 wins and just 2 losses. The first loss was against the Falcons "Grits blitz" in 1977 as Atlanta linebackers Ortega & Pennywell scored defensive touchdowns in the 4th quarter to earn victory.

The second was opening day in the strike-shortened season of '82. The next two times the Falcons took on a team coached by Bill came in 1993 when he was head coach in Cleveland, and in 1998 when he was an assistant with NYJ; with a loss, and a victory.

A quick look at Belichick's record as head coach in New England shows four Patriot victories against Atlanta; thus overall Bill is 11-3. What does stand out is that the only quarterback who was both efficient and productive against Belichick was Bobby Hebert in the 17-14 Atlanta win in late November of '93 as his passer rating was 116.2. What has stood out the most though is not the passing game as documented above.....but the running game.

No running back has ever gained over 100 yards rushing in a game involving Bill Belichick on the other sideline. No doubt Matty Ice needs to have a strong game on SB Sunday, yet if somehow either Freeman or Coleman gained over 100 the Falcons would hoist Vince's Trophy. That is much easier said then done.
TJ Troup at 5:30 PM
Share