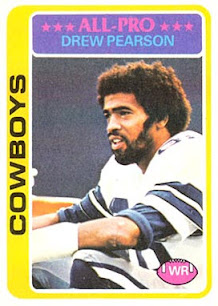 Earlier today Rick Gosselin, a Pro Football Hall of Fame voter and member of the seniors committee tweeted this:

You can see there are a large number of retweets and likes. That is likely because Drew Pearson, as a Hall of Fame candidate is polarizing—much like Lynn Swann was in the late-1980s through 2001, when he was finally inducted, after 14 times on the Final 15.

You see, Pearson's candidacy has come down to how Paul Zimmerman succinctly put in when advocating for Swann, "What do you want, quality of quantity?"

Dr. Z's point was it was clear and obvious that Swann's career numbers were not to the totals that some other receivers had attained. It was also clear and obvious to most people watched in his prime—Swannie was the NFL's best wide receiver. Even Howard Cosell got it, "Lynn Swann, the practically perfect wide receiver". Zimmerman knew that there was a dead-ball era in the 1970s in terms of passing offense, he also knew from watching and also talking to opponents and NFL personnel men that Swann was the best in the game and his made his big plays in the big game—which is what mattered to coaches and also to writers like Zim.

Similarly, Pearson played in the same era, and also similarly he was the NFC's version of Swann, maybe not in style but in production in big games—when it mattered. He was the dagger to the heart to playoff teams in playoff games versus the Cowboys.

So, yes, the pick was polarizing because Pearson has one built-in enemy set of people—Viking fans. And another in the "anti-Cowboy" faction. Also, some are didn't like how he reacted when he didn't make the HOF in the Centennial Class when Harold Carmichael leapfrogged him in what seemed to be a player personnel evaluation case rather than a career evaluation as to worthiness to the Hall of Fame.

Additionally, there are the "stat nerds" who look at Pearson's (and Swann's) career receiving numbers and scoff because they are not of to current standards or even those of players in the 1960s. But that point has been well debated and smart football people know the context of that.

Here is a sampling of Twitter on those points. 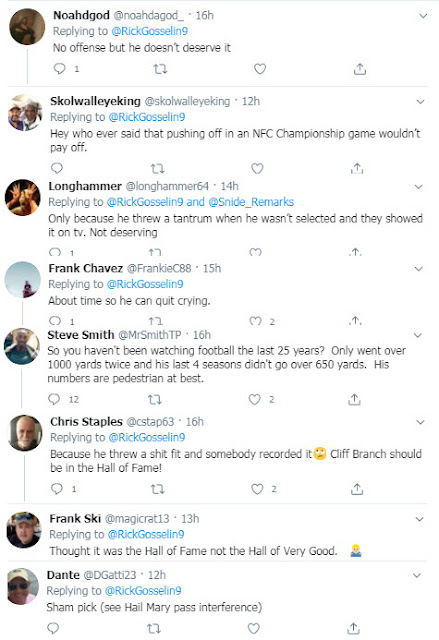 So, also, to be fair there are Pearson's supporters some of whom are the pro-Dallas faction who not only want Pearson in the HOF but Chuck Howley, Lee Roy Jordan, Charlie Waters, Ralph Neely, John Niland, Cornell Green, Harvey Martin, Too Tall Jones and any Cowboy who was a Pro Bowler or All-Pro a couple of times. (Some of those are worthy, but not all)

Since Swann got in the Hall of Fame to us, it felt unbalanced without Pearson because he was simply the NFC's version of Swann. Teams had to game plan for him, take him away because the knew he was as clutch a receiver as there was. When it mattered—he mattered.

So, many with echo the comments from Twitter we posted above, and some will show Pearson's laurels, the "alls" if you will. Here are a couple of nuggets we dug up:  When Pearson is elected, there will only be 10 HOF wide receivers who were First-team more than Pearson (He will be tied for 11th) and will be only one of NINE wide receivers who was First-team All-Pro three or more times, First-team All-Decade and also have at least one ring. Pretty good.

If someone hated the Swann pick they will hate this pick by the HOF seniors committee. If they liked the Swann selection then they will love this pick. It is in line with what we discussed recently HERE, he passes the "film test" with flying colors even if the "stat" category may seem light or short (not that it is given the context).

But, it's justice to have Pearson in if Swann is in.

And bank it, Pearson will get in in February.