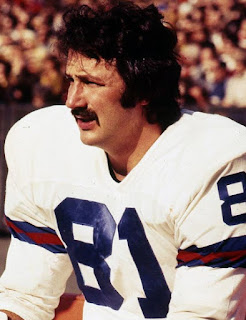 Gregory, (6-5, 255), was a consensus First-team All-Pro in 1972 and was a Pro Bowler that season and in 1969 as well. Additionally, he was a Second-team All-AFC selection in 1970. He is unofficially credited with 103 quarterback sacks for his career (38 with the Browns and 65 with the Giants) and was inducted into the Mississippi Sports Hall of Fame in 2000.

Gregory was a tight end in college but was converted to defensive end after being drafted by the Browns in the 9th round in 1966. He entered the NFL a year later after playing one more college season with Delta State. (He began his collegiate career with Tenn-Chattanooga). 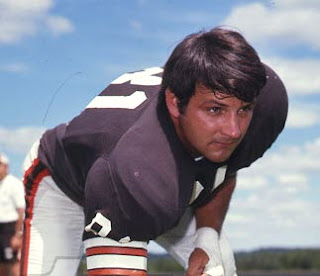 In 1967 he backed up Paul Wiggin and Bill Glass, starting three grames for an injured Wiggin. In 1968 he started six games, five for Glass. The following season he was the starter at right end after Glass retired and as mentioned made the Pro Bowl after recording ten sacks. 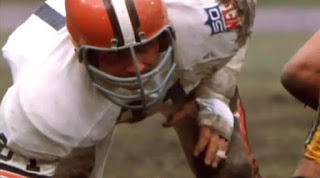 In 1970 he recorded 15½ sacks, among the tops in the NFL that season but he didn't garner many post-season honors—the lone team he made was Second-team All-AFC. 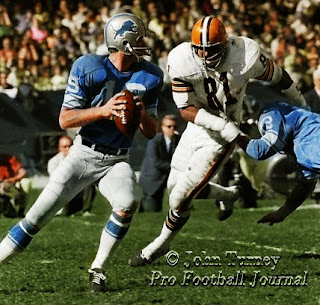 In 1972 the Giants gave the Browns a First-round pick (Steve Holden) and a Second-rounder (Greg Pruitt) for Gregory and Freddie Summers. Gregory was the right end for the Giants from 1972-78, although in 1972 and 1973 he moved all along the line as a de facto rover. His defensive coordinator, Jim Garrett, used Dan Birdwell in similar ways when he was with the Raiders. 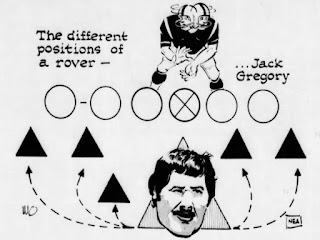 Gregory's role, especially in 1972 was effective as he was All-Pro and had 18½ sacks (Sometimes reported as 21 but he had 16 solo sacks and 5 half-sacks) which led the NFL. 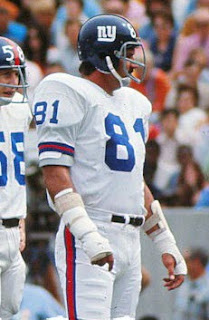 In the Summer of 1979 Gregory, in a battle for his right end position with Gary Jeter, walked out of Giants camp and a day later demanded a trade, which he was granted—to the Browns, his original team.

He played right end most of the season, taking over when Lyle Alzado had to love to left end and then to defensive tackle when other Browns were felled by injuries. Prior to that, he was usually rushing in nickel situations.

Mike Giddings stated about Gregory, “Underrated pro. Who won by both ability and smarts. The type whose ‘numbers’ add up when you finished evaluating him."
Posted by John Turney at 9:22 AM