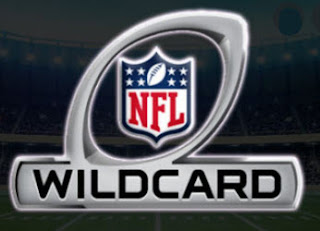 On December 24, 1978, the extension of the NFL’s very first 16-game regular season and two more playoff teams resulted in the league’s very first Wild Card Playoff Weekend. Two more teams would increase the total number of teams per conference to make the playoffs to five each. You would have your three division winners in both the AFC and the NFC in the playoffs, and then you would also have the two teams with the best overall record, but who didn’t win a division, meet each other in a conference wild-card game. Thus all three division winners in each conference got a much-needed and much-deserved bye week at the conclusion of the new 16-game regular season.

The four Wild Card teams would get no such luxury in 1978, however. But that did not matter. Prior to 1978, the Atlanta Falcons, Philadelphia Eagles, Houston Oilers, and Miami Dolphins would not have made the playoffs with their records.  n 1978, however, they did. They were now in the postseason tournament, and they were all very happy to be there. Eighteen other teams would be watching the playoffs at home on television.

The first Wild Card game featured the Eagles at the Falcons. Both of those teams were quite similar in several factors. Atlanta was making its first-ever appearance in the NFL Playoffs, while Philadelphia was making their first trip back to the postseason in the past 12 years. Both of these teams benefitted from some pretty incredible and uniquely iconic pro football miracles. The Falcons seized upon a tipped pass deep downfield in the waning moments against the rival New Orleans Saints on November 12.  The play went down in posterity as Atlanta’s “Big Ben” play, and it gave them a critical 20-17 victory, which kept alive their hopes for a playoff spot.

One week later, the Philadelphia Eagles collected an even more implausible 19-17 win over the New York Giants, when late in the game, a botched handoff between Joe Pisarcik and Larry Csonka led to a fumble recovery and a touchdown return by Philly cornerback Herman Edwards, in a moment that would live on forever as The Miracle in the Meadowlands. That key victory boosted the Eagles to one of the two Wild Card spots.

No one really knew what to expect when the Eagles took on the Falcons. Most predicted a defensive-oriented game, and they turned out to be correct. Philadelphia built a 13-0 lead going into the fourth quarter, but true to their 1978 nature, the Falcons staged a miraculous comeback during the final few minutes of the game. A 37-yard pass from Atlanta quarterback Steve Bartkowski to wide receiver Wallace Francis gave the Boys from Dixie a 14-13 lead. A 34-yard field goal attempt by Eagles placekicker Mike Michel drifted just wide of the uprights, however, and Atlanta prevailed to advance to the NFC Divisional playoffs the next week.

The first AFC Wild Card playoff game at Miami between the Dolphins and the Houston Oilers did not end as dramatically as the NFC Wildcard game, but nevertheless, it was still a tight game, where some key mistakes determined the winner and loser. The Oilers’ ace in the hole was their brand-new rookie running back supreme, Heisman Trophy winner Earl Campbell. He had the first of his many superstar seasons in 1978, and it was his 84-yard rushing effort in this game that kept several big drives alive for Houston, which aided their blueprint for victory. Indeed, it was Campbell’s 1-yard dive for a touchdown in the fourth quarter which led the Oilers to their 17-9 victory over the Dolphins.

One unique trivia question and answer involved this game. Houston quarterback Dan Pastorini wore what is regarded as the very first modern flak jacket in this game, to protect his injured ribcage.  Pastorini had suffered from several bruised ribs several weeks prior to this game. An unknown inventor by the name of Byron Donzis put together the flak jacket and displayed it to Pastorini, who was instantly impressed. The flak jacket worked simply fine and has been worn by quarterbacks from high school to the pros ever since.

The Falcons remained true to their nature as they advanced to the divisional round of the NFC Playoffs.  They went to Dallas to take on the defending World Champion Cowboys. Atlanta barely lost in a valiant effort, 27-20.  Houston was more fortunate. They advanced to play the Patriots up in New England.  The Oilers were a distinct underdog in that game, yet they pulled off one of the biggest upsets of the year, as they defeated the Patriots, 31-14. Houston would end up losing in the AFC Championship Game the following week to the Pittsburgh Steelers.

So the very first Wild Card games in the NFL, way back in 1978, provided the fans with a good amount of excitement.  It also provided all the teams in the league a new opportunity. With these four new Wildcard teams every year, beginning in 1978, every team now had even more of a reason to play hard all year long.  Because now, in the case of many competitive teams, there was a new hope to make the NFL playoffs, even if those teams did not win enough games during the regular season to win a division championship.

Joe Zagorski is a member of the Pro Football Writers of America (PFWA) and the Pro Football Researchers Association (PFRA).  He has written four books on pro football and is currently writing his fifth.