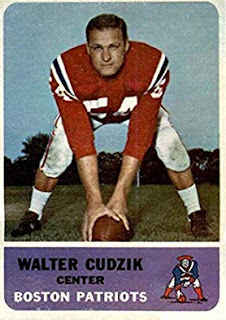 Many former NFL players from the decade of the 1950s attempted to continue their pro career's in the newly founded American Football League. Some had tremendous success such as George Blanda, and others either did not earn a spot on a roster in the new league or had a short stay, some a VERY short stay.

This saga is about a man who after being away from the NFL for five years has success in the AFL. The 1953 Redskins played rock-solid football under Curly Lambeau, and during the winning season utilized both the 5-2-4, and 4-3-4 defenses.

Lambeau does not return in 1954, and under new coach Joe Kuharich (had failed with the Chicago Cardinals previously) the 'Skins had one of the worst seasons on defense ever. Rookie Walt Cudzik wearing jersey #57 is the starting right linebacker opening day on the road at Kezar against the contending and very talented San Francisco 49ers. Repeated studies of the entire game film allowed me to evaluate Walt's performance and the defense overall in the loss to the 49ers.

Where to start? How about alignments and responsibilities? Cudzik would align on the left offensive end when he was "tight", or walk off towards a halfback aligned in the slot to his side of the field. On short-yardage situations he was down in a 4-point stance in the guard/tackle gap, and would attempt to penetrate the backfield. 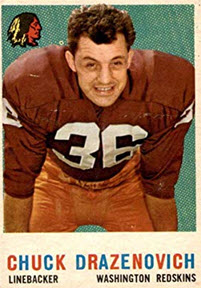 A few times Washington over shifted to the strong side of the offensive formation, and left linebacker and team leader Chuck Drazenovich would move far to his left, and thus Cudzik would align as a middle linebacker over the center. His responsibilities are very basic, stop the run, and on pass plays drop into an area (rudimentary zone) and attempt to defend Tittle and his receivers. 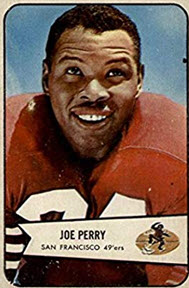 How did he do? Cudzik struggled the entire game. He helped on a few tackles and he hustled in pursuit. Walt was a non-factor on pass defense and was never the focal point of the San Francisco passing attack. No one, I repeat NO ONE on the Washington defense had a standout game. Looking at the box score shows you that returning 1,000-yard rushing champion Joe "The Jet" Perry continued to run effectively and gain his share of yards.

Hugh "The King" McElhenny had a couple of standout plays, and over course of the game, Mr. Tittle found many an open 49er receiver for his accurate passes. So, Washington loses opening day on the road after losing only two of their previous seven road games. The 'Skins will lose all their road games in 1954, and again played very poor defense(allowed 432 points).

On October 28th at Nickerson Field in Boston in the 3rd quarter, Butch Songin on a first down and ten play on his own twenty-yard line has his pass deflected. Walt latches onto the pass and gains 11 yards. This is his only statistical play in his career.

He finishes his first year in Boston being voted Second-team All-Pro center behind the legendary Jim Otto. Much of the rest of my evaluation of Cudzik is based upon highlight reels, yet at least can state the following—he demonstrated quickness on the cut-off block on middle linebackers, was able to block defensive tackles when called upon, and his pass blocking was superb. Textbook technique and very effective.

The coaching change in Boston did not alter Cudzik's role as he remained the starter for four consecutive years. The Patriots were contenders in 1961 & 1962 but this is the era of Houston Oiler dominance. December 8th, 1963 and the Patriots if they can defeat the three-time division champion Oilers can stay in the race for the division crown.

Cudzik and his linemates have a superb performance as they gain 194 on the ground in the resounding win. The Patriots tie the Bills at 7-6-1 for first, and a playoff game at War Memorial on Saturday, December 28th is scheduled. Though many years ago still remember watching Babe Parilli connect with Larry Garron on key pass plays in the 26-8 victory.

The Patriots had won only once in Buffalo previous to this game. The AFL title game in January of '64 is still discussed due to the incredible performance by the San Diego Chargers offense. Ten years after starting for Washington he plays in a championship game and his team is destroyed. Lou Saban needs a starting center for his Buffalo Bills in 1964 due to injuries and makes a trade for his former center. Walt Cudzik will suit up in '64 for the toughest team in the AFL. 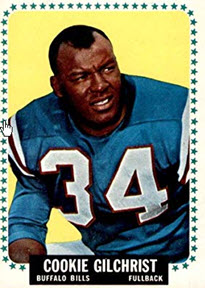 The best run-blocking offensive line in the AFL moves the ball as the Bills overcome an earlier loss to Boston, and earns a home title game clash with the defending champion Chargers. December 26th, 1964 and as all Bills fan can attest a game to remember. Stratton's big hit, Kemp zipping passes to his receivers, and of course Carlton "Cookie" Gilchrist stomping through, and running around the San Diego defense. Walt still has his skill set, and watching his textbook blocking was a valuable contribution to the title game victory.

Why Pro Football Reference.com lists Cudzik as a ten-year veteran at their website is a mystery, but Walt did play pro football for five full years in the AFL as a durable consistent performer, and one game as a member of the woebegone Redskins of '54. Walt Cudzik a resilient CHAMPION.
Posted by TJ Troup at 7:48 AM