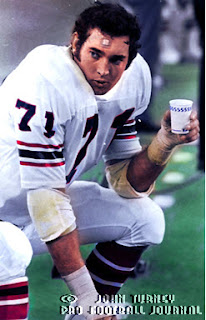 John Zook was a gentleman, well-spoken, friendly, possessed of country charm, and was a darn good football player. He died early yesterday morning in his native Kansas at the age of 72 and struggling with a protracted battle with cancer.

The "Zooker" was drafted Los Angeles Rams in the 4th round (99th overall) of the 1969 NFL Draft. He was quickly traded to the Eagles with Harold Jackson for running back Izzy Lang, one of George Allen's more notorious trades. Later in the day, he was shipped to the Falcons with two players and a draft pick to the Falcons for linebacker Jim Purnell. Zook was a Falcon.
He earned the starting right defensive end job as a rookie, opposite future Hall of Famer Claude Humphrey, and held it for seven years until he was traded to the Cardinals. Zook was a Second-team All-NFC pick in 1972 and 1973 (remember the NFC was loaded with great defensive ends in that era) and was a Second-team All-Pro and Pro Bowler in 1973.

In August 1976, the Falcons thought they had a younger player to man the right defensive end (23-year old Jeff Merrow who had played fairly well at left defensive end the previous year for an injured Claude Humphrey) and shipped Zook to the defensive-hungry St. Louis Cardinals for a player and a 1977 first-round pick. It was an offer the Falcons could not refuse. 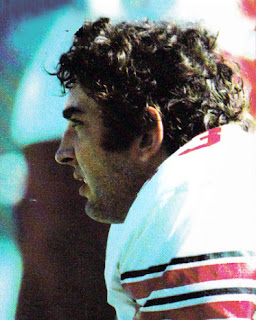 Zook took over the Cardinals right end spot for three years and even handled the 3-4 defense in 1978 when the Cards converted to it but in 1979 the gas was out of the tank and he couldn't answer the bell in 1980.

Zook played his college ball and the University of Kansas and as a senior, he was one of the two consensus All-American defensive ends (along with Ted Hendricks)—he was a First-team pick by the AP, the Coaches Association, the Writers Association, UPI, and Central Press) and led his team (along with quarterback Bobby Douglass to the Orange Bowl.

Zook was a two-time All-Big Eight performer for the Jayhawks and helped KU to a 9-2 record and No. 6 overall ranking during the 1968 season. He finished his career with 202 tackles in three varsity seasons. Zook's head coach Pepper Rodgers said of him, “He never played but full speed from snap one to snap 100. He was the most full-speed player on every snap that you could imagine.” 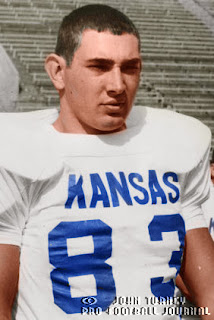 Following his senior season, Zook played in both the Coaches All-American Game and the Senior Bowl. He is also honored on the University of Kansas Ring of Honor in KU’s Memorial Stadium and a member of the Kansas Sports Hall of Fame.

In high school, Zook was a First-team All-State selection for the Larned Indians in 1964.

The Rams chose Zook, even though they were had talent at defensive end because he had the frame to put on weight (6-4, 235) and he could run (4.9 forty) and was the defensive player of the game at the senior bowl, in addition to his All-America play at Kansas.

Even with that and a waning Lamar Lundy (injured most of 1968) the Rams had contending at right end—Gregg Schumacher  (8½ sacks in 1968); Diron Talbert (6-5, 255), Coy Bacon (6-4 270), and rookie Ron Berger (6-8 290) with Talbert and Bacon able to play tackle as well, so one can see why Zook was expendable (Schumacher and Berger didn't make the team) even though he had the talent (as he proved) to play in the NFL. Thus, the trade to Philly then to Atlanta. 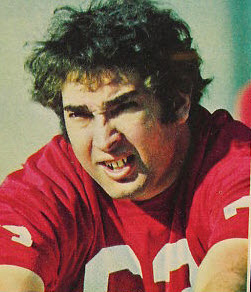 “The most fun I had the whole time I played football was the time John and I had that season when we were both selected to the Pro Bowl,” Claude Humphrey told the Atlanta Journal-Constitution. ”We figured out we were better together than we were individually.”

Mike Giddings opined, “He and Humphrey ideal bookend 40 DEs. Similar to Eller and Martin, more of the smart, power type.”
For his career, he had just over 76 sacks and just over 50 stuffs (tackles on running backs for losses) which are goodly numbers showing he was a complete player. There are some players now who may bet over 100 sacks but end up with less than 40 run stuffs.

H got his hands up and was credited with 27 passes defended including four interceptions. He blocked a pair of kicks, scored a touchdown on a recovered fumble, and scored a safety.