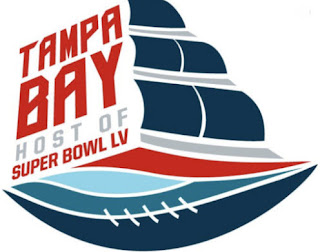 We are down to two teams for the Silver Trophy, and tied to the two teams that are playing is a background story. Successful coaches need experience (sometimes hard lessons), and a valid reason for what they call.

You are not about to read about my playing career, yet having played both corner and safety there is no doubt the inherent challenges in playing both positions. As a young coach had a thirst for knowledge and relished the on-the-job training on both the practice field and game day/night.

Can never thank coach Tom Hayes enough for his guidance in 1981 and answering my many questions on coverages----especially all aspects and variations of Cover 2. Now the background story; summer of '82 and in a passing league game my dedicated, smart, and disciplined Mater Dei secondary played "lights out" pass defense all night against a strong team coached by a man who had won more than 200 games.

They have a chance to win but must go deep. My secondary knows what I will call, and WHY....and we have practiced this situation. We are in man under two deep, as I never, EVER played "prevent" or man with a single high or free safety in this situation....just too much field to cover. I can hear the parents and booster club screaming at me before the snap....which of course I ignored.

The young quarterback lofts the ball deep and is accurate to the end zone. My corner is trailing the receiver yet is arms-length from him, and my cover 2 safety is coming forward to perfect position to play the ball....incomplete, and victory. The successful head coach asked Wayne Cochrun who was the d-coordinator and secondary coach, and we walked off and he asked me pertinent questions; did I always call this coverage? did we practice this situation? did I have prevent? After my answers, he smiled, shook my hand, and told me emphatically that I would have a long successful coaching career, and don't ever change. Thanks, Bob Lester!

Will Redmond failed his teammates in Green Bay on Sunday, and boy oh boy when you actually have a chance at an interception, don't drop the damn ball. The touchdown by Tommy B. was dead spot-on accurate, and the easily beaten corner had no help? Will Mike Pettine have a job for 2021? Will he call the same coverage? Only time will tell.

Have been asked before about the Chargers vs. Bears in the first "mythical" AFL-NFL Championship Game, and though there are gonna be some folks very unhappy, here is the breakdown.

The 1963 Chicago Bears defense has been pared down by George Allen, and he has painstakingly eliminated fronts, blitzes, and coverages that Clark S. ran that are suspect in design. You assign responsibilities as a coach to players that can be done and done well.

The Bears have the individual talent and relished playing for Allen after the profane, vulgar, disrespectful way they were treated by Shaughnessy. The 1963 Chicago Bears allowed one touchdown in the first quarter all season...that's right—ONE. That touchdown came in their only loss. San Francisco had a powerful ground attack and gained 333 rushing in the two games against the Bears, so in the other twelve Chicago allowed 91 yards a game rushing.

Much has been written about the Bears ability to pursue, hit, force, and takeaway the ball from opponents, and yes that is why they won. San Diego hired Walt Hackett to coach the defensive line, and as such Chuck Noll is now in his second year coaching the secondary.

When you go to websites that are supposed to have accurate starting line-ups, and then watch film and see the websites are not accurate? Noll faced a dilemma that Allen did not in that the Chargers best defensive back was injured during the season, and is a key to this game.

Bud Whitehead did not start all 14 games at left corner, but yes he was the starter most of the time. Rookie Dick Westmoreland started many games at right corner, and received a baptism by fire, until former starter Dick Harris took over. Harris also started at left corner, and played some at right safety. George Blair started each week at strong or left safety.

Though all of these men had their moments, each of them was deficient in at least one area of secondary play. The key man for the Chargers and one of the best of his era is Charlie McNeil. Though undersized, the fleet instinctive former Grambling free agent was a ballhawk and an effective tackler.

Gary Glick lost his job in Pittsburgh, Washington, and Baltimore, but who else could Chuck Noll have taken off the streets to play? Glick once intercepted Unitas three times in a game and was a willing tackler, but he was woefully slow, and way past whatever prime he once had. Blair and Glick would be responsible for Mike Ditka, and the deep pass.

Watching the Chargers offense, and especially the talents in their personnel is a joy. Let's start with the running game; Lincoln & Lowe gained 404 yards rushing in the first four weeks, but the last 10 games gained 1,432. Any attack that has two men averaging 143 a game on the few carries they got is not only productive, but quickly gets a d-coordinators attention.

Charger o-line is rock solid, and has an all-time great in Ron Mix. San Diego has a balanced attack. Tobin Rote had played against the Bears defense many times, and from 1955-59 he went against the Sid Gillman Rams. He may be in the twilight of his career, but he can make every throw, and understands coverage.....but can he "read" the disguised coverage that Allen had and was the best in the NFL?

Don Norton was once an all-star, but now is just average, and though Dave Kocurek is talented, he was not utilized much in '63, and is matched against Richie Petitbon----a major advantage for Chicago.

In the first twelve games of '63 Lance Alworth caught 57 for 1,173 (20.6), but in the last two games four catches for just 32 yards? Not sure why. Alworth makes my roster as one of the four all-time best when using that alignment. McRae against Alworth is a worthy match-up, but Gillman is much too smart to align Lance flanker right.

Split end left (he was aligned there when he beat Bob Suci) he goes against Davey Whitsell. Whitsell will need help from First-team All-NFL right safety Roosevelt Taylor. Both teams have a defensive end who is a nightmare for offensive tackles; either Bob Wetoska or Steve Barnett would have to try and block Earl Faison, and Ernie Wright draws the "meanest man in football" Doug Atkins.

Many of the other match-ups are fairly even. Though Chuck Allen is rock solid playing for Noll, the outside linebackers for San Diego are pedestrian at best and shared the position during the season. The Green Bay Packers are the only team that has a trio of linebackers that compares with Chicago. Larry Morris (who played for Gillman), Joe Fortunato, and legendary Bill George are a veteran gang of hardbitten savvy men who can "red dog", drop into zone or man coverage and fill any gap in the running game.

They had better be at their best since they face one of the best tandems in all of football in the law firm of Lincoln & Lowe. Sid Gillman fired George Allen after one season in Los Angeles. Allen was motivated no matter the situation, yet maybe some revenge? Gillman went 2-8 against the Bears from '55-'59, but possibly that is even more motivation for El Sid?

San Diego in their three losses allowed 125 points when opponent passing attacks were very successful. The kicking game favors San Diego on placements since Roger LeClerc is "iffy" at lest, and Blair is rock solid. Bobby Joe Green gives Chicago a decided advantage since we know the Bears will have to punt. Finally, the Bears so-called attack. Billy Wade has adjusted his game, and can make every throw(he also had played for Gillman), and he is very effective on rollouts to the right and quarterback sneaks.

Marconi and Bull don't make mistakes but pale in comparison to the Charger duo. Casares is past it, but he can pass block better than any other back on the field, and that leaves Willie the Wisp.....he has proven to be a game-breaker as both a runner, and receiver, and that is the final piece as Galimore makes a play as a receiver against the inadequate Charger outside linebackers or safeties. Final score you ask? Of course you ask...Chicago 24 San Diego 19. 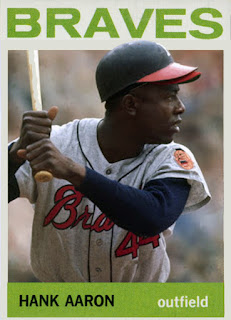 Still believe was very fortunate to see so many of the all-time great baseball players of the late '50s and decade of the ''60s. For me being a member of the 2,000 club is the ultimate hitting fraternity. Only four men amassed at least 2,000 total bases over the course of six consecutive seasons in the last 65 years. Frank Robinson, Ernie Banks, Willie Mays, and Henry Aaron.

Simple to explain, you have to be durable, hit for power, for average, and not get many walks. Many folks relish the study of the history of baseball and was honored by SABR to speak in Los Angeles years ago. Very impressed by the other men that spoke that afternoon, but back to the subject at hand. Milwaukee won the pennant in '57 and '58, but let's go back to the second to last day of '56. Henry Aaron goes 3 for 5, yet the score is tied 1-1 going into the 12th.

Rip Repulski doubles home Musial to beat the Braves (Spahn tried to go the distance), and as such Milwaukee finished a game behind Brooklyn. The playoff in '59 was all Dodgers, but if, somehow the Braves would have won the pennant in '56 and '59 Mr. Aaron would have been the center of attention in baseball. During 1959 Hank Aaron had a 22 game hit streak (April 23rd through May 18th) where he got 44 hits in 94 at-bats with 9 homers.

Though he could not maintain that production, multiple by seven, and see what you get? The last four games of '63 the Braves won twice when Aaron hit a home run and stole a base—he finished with 44 homers, and 31 steals. Listening to a broadcast when Bobby Bonds became a member of the "30/30" club...the announcer raves that Bonds is the first to do it? Geez, look at Aaron?

July of '67 saw Aaron play twice in person, first as the starting centerfielder for the National League in the all-star game, and then one week later in Wrigley when the Cubs beat the Braves. Drysdale and Koufax gave Henry Aaron his nickname, and the stories you read about how they attempted to pitch to him are sure fun to read..."Bad Henry" hit 7 home runs off of Sandy, hit .372, and had a slugging percentage of .664. 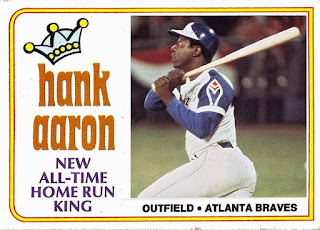 Aaron hit number 715 off of a Dodger left-hander, but how come no one ever mentions that "Bad Henry" hit 14 home runs off Dodger left-hander Claude Osteen? He was one of the few/rare hitters ever that changed his stance, and style during a career, and continued to be elite. Watch the film of him in Milwaukee, and then in Atlanta, and you will see him go from line drive to pull power to left and the quest for 715. His dignity, class, and dedication rank him with every so few. RIP Hank.

As for my historical narrative of past football games, the only game of January 24th worth mentioning was San Francisco against Cincinnati...and man was that a damn fun game to watch.