THE QUEST: The Statistical History of this Game of Passion. 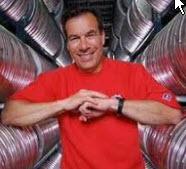 Has been about a month since one of my stories, and over the years there have been a few that I really relished doing—and this one just might rank near the top.

Will begin in 1986, and no you are not going to hear about all of the past 35 years, yet that Spring/Summer was a turning point in my life. So very fortunate to have the opportunity to finally coach at the community college level at Riverside City College as the tight ends and wide receivers coach.

Always enjoyed reading about the history of the NFL, and on May 20th of '86 got a letter from Mr. John Hogrogian imploring me to join the Pro Football Researchers Association. The upside of joining was being able to communicate in the forum once in a while, and the folks that communicated with me—including a few that became lifelong friends.

That summer of '86 sat down at the typewriter in the coaches office and sent letters to the two men who became lifelong friends, and mentors—Mr. Paul Lionel Zimmerman and Mr. Steve Sabol.

You just never know what doors will be opened and what those open doors can lead to? When time permitted my initial quest was the history of the Chicago Bears pass defense, and upon completion, expanded to other teams, and my first significant success—when you return an interception for a touchdown how often do you win? Became known for this, and was offered the opportunity to write and research with Mr. Allen Barra. Boy oh boy was that fun and rewarding.

Along the way began an association with John Turney, and we all know when we have a friendship that transcends football research. My first visit to NFL Films in 1988 and my first face-to-face meeting with Steve solidified our common joys and what the game meant to us. Over the years have visited many, many times and am always treated like family when entering the building.

Though Steve has left us, Mr. Chris Willis and Mr. Chris Barlow have gone above and beyond to help me, and over the years have tried to repay that kindness, and help in any way possible. Research, research, and more research expanded my communications, and while working on Green Bay Packer interception history was blessed to have Lee Remmel pick up the phone, and while he did not have the answers I needed he stated there was a young man in Green Bay who just might be able to help me! Mr. Eric Goska is a man of ethics, intelligence, and dedication to get the history of the game "right".

There are some of us that believe in accuracy, and Packer Dude is at the top of the list. Bear Dude (me) and Eric share many common values and interests, so for those who state that Packer fans and Bear fans cannot get along....that is just folly.

You just never know who you will come in contact with along the way, and out of nowhere hear from a John Richards in Palo Alto. His sense of humor, his pure joy in communicating about football film, and overall earnest dedication to his film library gave us a common bond. Eventually, Steve Sabol told me that I had the "gold card" and could invite anyone to join me at NFL Films, and as such these men got to know each other and become friends. 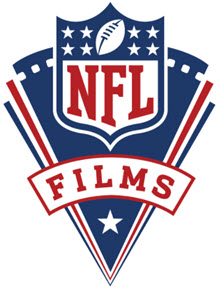 Guess you could say I was the "lynchpin"...not sure that was the goal, yet will take that and run with it. Met John Turney's good friend and fellow pass rush maven Mr. Nick Webster, and the fact that he and I could talk Black & Gold football for hours just added to the group. Erik Stratton might have had his own Animal House fraternity, but Otter have mine also.

The research continued and EXPANDED. Lugging the Leather, who caught the ball, which teams truly played defense, and tangents off of these subjects kept me busy. Dr. Z. flat out told Joe Horrigan to "treat me right" when I was going to visit in the summer of 1993, and again feel blessed for all that Joe, Mr. Pete Fierle, and these days Mr. Jon Kendle have done for me.

When Grant Heslov contacted the HoF and Joe and asked who actually knew and understood the game in 1925..Mr. Horrigan recommended me, and off to the Carolina's to help George Clooney make "Leatherheads". Felt very strongly in 1998 that Steve Sabol should do a special feature on Emlen Tunnell, but wait a second folks...Steve wants me featured for an eight-minute segment about my career as a teacher with special needs children, and my historical perspective on pass defense?

November of 1998 and was featured on "NFL Films Presents" in Father Figures. National publicity, and ESPN radio with Chuck Wilson (was fun), and then the phone call from a man known for statistical history Mr. Seymour Siwoff. For twenty minutes could not get a word in edgewise, and for those who know me, that is unusual.

Siwoff came off as paranoid, and wanted to know what I was going to do with my research that no one, and I mean NO ONE had ever done before? Poise under pressure has been a given for me all my life, and my sense of humor shut Seymour up as I ended the call with "if you ever want to know accurately what really happened in NFL history just give me a call".

Have the memos from Elias concerning areas that I corrected that they had not corrected, and hopefully someday Joe Gilston will see merit in "trading" for my many, MANY corrections that are needed for an accurate statistical history of the game. For all of you out there who are timid about reaching out to folks...take a tip from a former safety who was anything but timid...contact those people you respect----you just never know what that communication can lead to? Film finished and back to teaching, and more research and projects.

My honors high school English teacher Ms. Lenore Fields once told me that someday would become an author...ok Lenore, when? Have written two books (my first at age 58), and my second was a labor of love, and along the way learned how badly publishers can treat their writers. 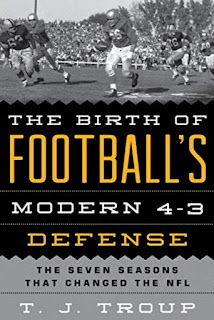 That second book "The Birth of the Modern 4-3 Defense" shook the foundation of those who actually thought they knew the decade of the '50s. Sadly the publisher sold a paperback book on a very specific topic to the few folks in America who would be interested in football in the '50s for $49.99! Research, research, and more research, and personal growth as I retired from teaching and returned to coaching.

There have been many successful coaches, and yes that is how you keep a job in coaching; by demanding from your players their absolute best, treating them with respect, and WINNING. Have been able to weave together aspects from coaching into research, and recently my agent Mr. Shane Holmes was able to cobble a deal together with Sports Reference and Mr. Sean Forman. He has purchased much of my statistical library, and as such he now has ownership of the "stats".

Am on retainer for future projects, and as such hopefully when you go to Pro Football Reference in the future you will see complete box scores for games from 1948 through 1969 in areas that have never been addressed. What areas you ask? A team has both quarterbacks taken down in the game "yards lost attempting to pass" or sacks. For sake of discussion the team lost 80 yards in sacks, but how many times and for how many yards was each quarterback sacked?

For those of you who actually care you can now have this data. Over the course of a season many players fumble, but no one, and I mean NO ONE ever listed who lost the handle on the ball----and to whet all of your appetites? Name the one league rushing champion from 1950 through 1969 that did not lose a fumble in his year of success?

Mr. Forman also has the list of who threw every "pick six" from 1940 to the present, which takes me full circle back to where I started with pass defense. My best friend lives in Arkansas and he told me years ago told me, always leave 'em laughing....thus the cartoon on my desk with the neophyte devil asking Satan a question, and Satan's response ..."We don't raise Hell here, son. We just try to manage it".