Please Mr. Demoff, Appeal to the NFL to Wear Throwbacks in 2018

We've given them two looks—the road games in Dallas and in Jacksonville and all we can say is we do not like the Rams road uniforms. The gold numerals on the blue jersey with the white never was a good look, but add in the white facemasks and it looks like someone dipped the lids in bleach. The combination in Dallas a few weeks ago was not much better. It just does not work. 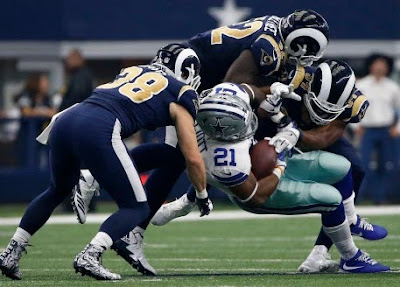 To be fair, the Rams organization led by Kevin Demoff did give the Rams fans a chance to choose the color of the mask. The choices were blue or white and they went with white and Demoff simply went with their wishes. It's just that you cannot trust the multitude of fans to design uniforms. Since they could not go with grey, blue was the only choice.

So, now what? It's simple. Ditch these bitches. They cannot do anything about it now, but in 2018 they have to make a change. At home or on the road when the home team wears dark the Rams should wear their white over white. It's a reasonable facsimile of the 1964-72 home uniforms.

What to wear on the road is a problem because of NFL rules about the changing of uniforms. The Rams have excellent throwback unis and they should petition the NFL to be allowed to wear them. 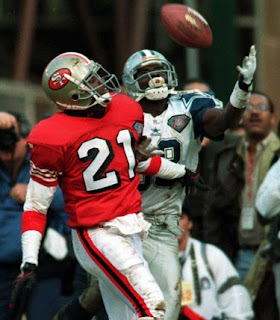 There is a precedent for this. In 1994 the NFL, in celebration of its 75th Anniversary had all the teams wear throwback uniforms for two weeks to give fans a flavor of NFL history. George Siefert, the 49ers head coach at the time like their the 1955 throwbacks so much (said they reminded him of when he was a child and a big-time 49er fan) that he petitioned the NFL to allow them to wear the throwbacks for the remainder of the season.

We don't know why the league made an exception in 1994 but they allowed the 49ers to wear the throwbacks for the final 14 weeks, including the playoffs and Super Bowl. 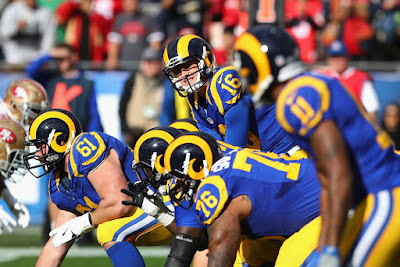 Why can't the Rams do the same thing? We jocundly ask Kevin Demoff to start that process yesterday so that in 2018 when the Rams need to wear blue jerseys they are the blue and gold (yellow) throwbacks that most fans love.

We don't know what the chances are of the Rams being approved to wear the throwbacks more often in 2018 but it's worth a try. We wouldn't want to have to paraphrase the movie War Games again in 2018 like we did this week: 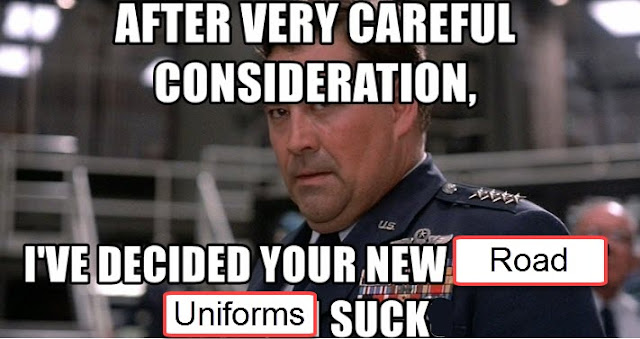