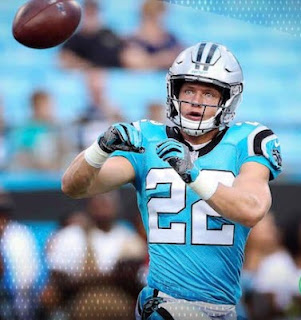 Christian McCaffrey caught 10 passes in a game against the Eagles in 2017, and on Sunday pounded out 184 yards rushing. How many backs in league history have had a game with at least 10 receptions, and at some point in his career gained over 180 rushing?

Was very surprised that many of the greats of yesteryear did not accomplish this running & receiving achievement. This fraternity includes Le'Veon Bell, Matt Forte, LeSean McCoy, Edgerrin James, Marshall Faulk and LT (and am sure there are others).

Most of today's column deals in a preview of this Thursday's night game between the Vikings and Rams. From 1961 through 1963 the Vikings record was 7-27-2 (excluding Ram games), while the Rams were 7-29 (excluding Viking games). Minnesota led the all-time series 3-2-1, and today let's take a look back to September 27th, 1964. 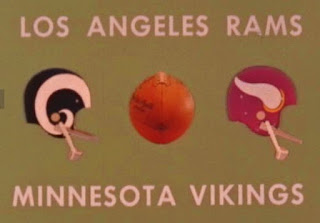 The Vikings and Rams are both much stronger teams in 1964 than the previous year, and we are in the Coliseum on a beautiful warm afternoon. Norm Van Brocklin and Harland Svare were teammates for two year in the '50's, and later played against each other in those dramatic clashes between the Eagles and Giants. They now face each other as head coaches (they will later face each other as coaches in '73 with different teams).
Now the question to be answered is which team stays in contention in the early part of the '64 campaign? The Rams led by Bill Munson take the opening kickoff and march down the field to take an early lead on a Gossett field goal. The key play is Dick Bass 59-yard run on a sweep right. Left guard Charlie Cowan makes a fine open-field block on right safety Charley Britt to give Bass a wide-open running lane. 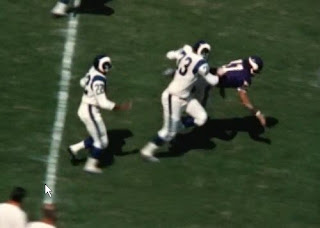 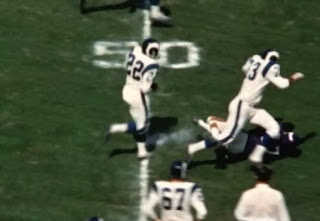 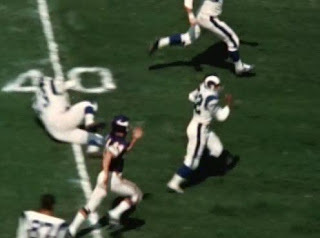 Later in the game after Minnesota pulls ahead 7-6, Bass scores on a short sweep to the left; as Cowan again makes the key block—this time knocking the crap out of Britt who goes straight back into Ed Sharockman. Two Norsemen on one block! 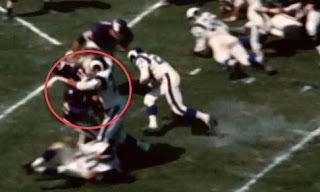 Bass gains 92 yards on just 9 carries, and coming off the bench is Terry Baker to fill in. Baker who has failed as a quarterback has a strong game running (gains 61 yards) and receiving as Los Angeles gains 223 yards on the ground. Fourth quarter and Mr. Tarkenton takes off for 9 yards up the middle to the Ram five-yard line. Fran has the wherewithal to flip the ball to Bill McWatters who happily accepts the lateral and scores.

This is another case where the box score does not tell enough about scoring plays. Los Angeles wins 22-13.

During the mid-'70's these two teams built one of the best rivalries in the league as they lined up against each other in the playoffs 4 times in five seasons. The game this Thursday night could well be a harbinger of a future playoff clash this January?
Posted by TJ Troup at 4:43 AM