LOOKING BACK
By Chris Willis, NFL Films
With the NFL's 100th season about to start PFJ looks back at some of the league's greatest players and coaches picking their All-Time Teams or greatest players. This post will look at two former Packers Hall of Famers and their picks. 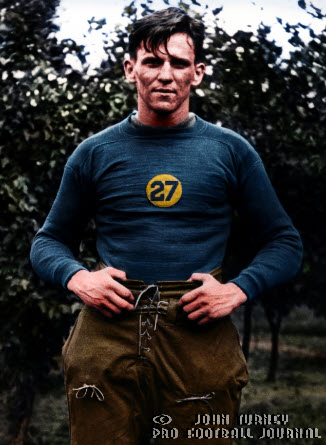 First up is Johnny "Blood" McNally, who in 1971 (interviewed by Tom Butler of the Wisconsin State Journal) chose his best all-around, best offensive and best defensive players. He selected Bronko Nagurski (all-around), Sammy Baugh (offenss) and Cal Hubbard (best defense), one of his former Packers teammate. 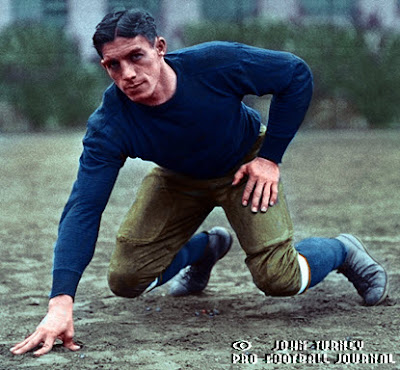