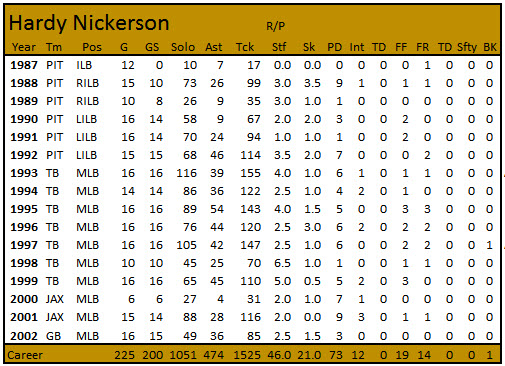 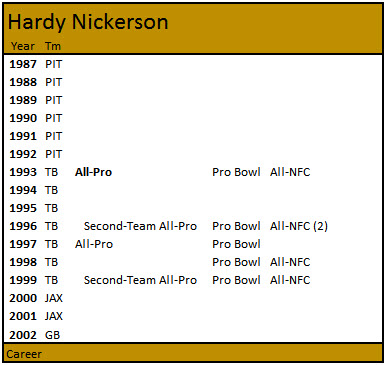 Nickerson was Second-team on the NFL 1990s All-Decade Team, so, in addition, two his two First-team All-Pro seasons and his two Second-team All-Pro years, he had his share of honors and he racked up 1,525 tackles in his 225 games (200 starts).
After his NFL career he coached at high school, collegiate levels as well as being a linebacker coach for the Bears, Tampa Bay Buccaneers, and San Francisco 49ers.
Yeah, we'd say Hardy had a heckuva career, one worth remembering.
Posted by John Turney at 3:23 PM