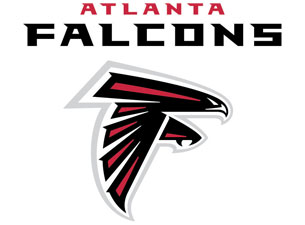 This year we are picking All-Time All-Rookie squads for each of the NFL franchises. Today the Falcons get our treatment: Eric Weems and Elbert Shelly, the two stalwart special teams demons didn't have great rookie years since they didn't play a lot of games, but some others, Michael Boley, Akeem Dent, Jessie Tuggle and Ralph Ortega was players who got down the field, made tackles and played extremely hard so they get the special teams slots. Boley, an All-Rookie pick, gets the First-team slot and Dent (also All-Rookie) gets the Second-team slot. Tuggle and Ortega both get an honorable mention. Boley also started 11 games and performed well at linebacker.

The kickers, both of whom had 5-field goal games to beat the Rams, are Nick Mike-Mayer and Tim Mazzetti. Mike-Mayer was All-Rookie and the NFC Pro Bowl kicker and an All-NFC selection in 1973. Also, the Falcons have three honorable mentions:  Mick Luckhurst, 1981 (All-Rookie), and Jay Feely, 2001 (All-Rookie). Greg Davis, (1988 All-Rookie by Football Digest)

The First-team offensive line is composed of Calvin Collins, 1997 (All-Rookie), center with guards Bill Fralic, 1985 (All-Rookie), and Lincoln Kennedy, 1993 (All-Rookie), with George Kunz, 1969 (Pro Bowl), and Mike Kenn, 1978 (All-Rookie), at tackles. As noted, four of the five were All-Rookie selections and the only reason it wasn't five for five is that in 1969 there was no major publication making All-Rookie selections. Kunz did go to the Pro Bowl as a replacement and was regarded as the top rookie tackle in the NFL that season.

Matt Ryan, 2008 (All-Rookie), is the clear number one quarterback and he's backed but Second-team choice Steve Bartkowski, 1975 (All-Rookie), with Randy Johnson,1966, the honorable mention along with Doug Johnson, 2000 (All-Rookie)