Give Credit Where Credit is Due

About a month ago we pointed out some oddities and errors in media releases and in NFL Gamebook starting lineups. The team we used as an example was the Los Angeles Rams. After a month of reminders the Rams PR staff, in this weeks release, got it right.

This week they correctly show that Michael Brockers is the defensive end, the 5-technique and that Aaron Donald is the  defensive tackle and Tanzel Smart is the nose tackle: 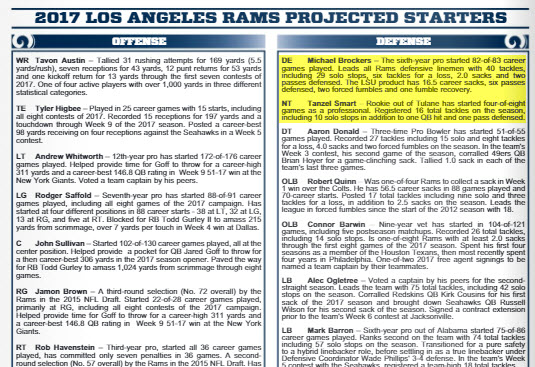 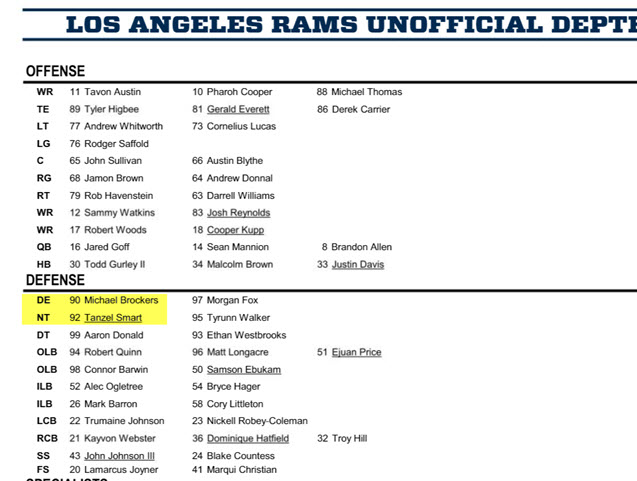 There are still issues here but the most recent week, the Giants is mostly correct. So, as Meatloaf sang, "Two out of three ain't bad".

For anyone scoring at home, this is how this chart should appear based on NFL Gamepass:

So, well done Rams Media Relations Staff. Now, if we could get NFLGSIS to list Brockers as a defensive end and not a tackle, we'd have completed our task.