Is Nick Bosa Chasing Board or Hart? 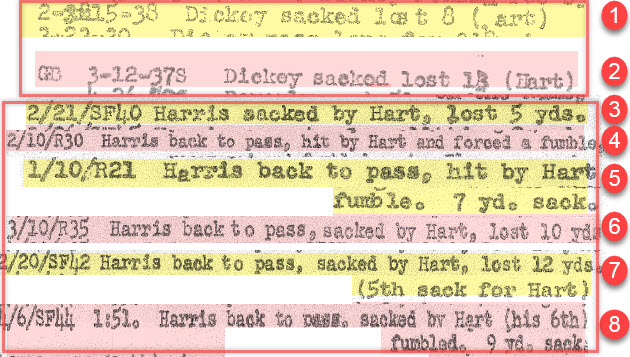 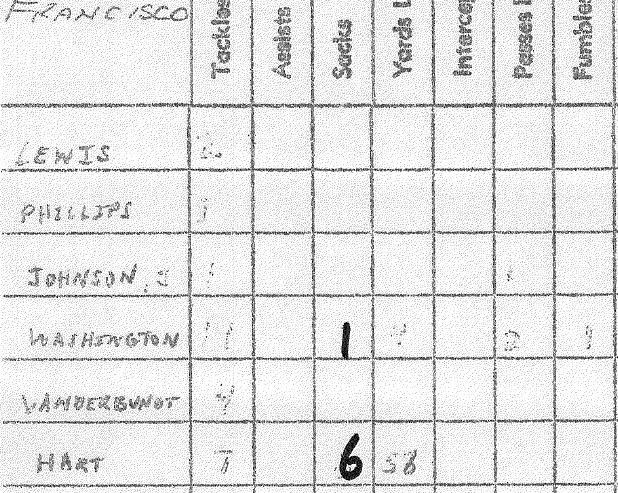 So, if Bosa gets a sack he ties Board for the official record, but it would be great for him to get two or three to either tie or surpass Hart to really be the leader, unofficial or not. Hart is a player that should be remembered and get some more recognition if Bosa can match his sack total. It was quite a performance that October night in the Los Angeles Coliseum, John Hall might even say it was, "very good."
We'll be watching.
Posted by John Turney at 7:59 PM