Dick Romanski - One Thing We Bet You Didn't Know

Dick Romanski, the Oakland Raiders long-time equipment manager passed away last November. He had held that job for the franchise for nearly fifty years. Much lore surrounded Romanski, the man who made sure Fred Biletnikoff and Lester Hayes had plenty of or wrote  on the Raiders practice footballs to keep players from taking them.

However, it was interesting to learn that Romanski would tweak the color of the Raiders helmets every so often to give them a different silver hue.

According to Helmet Hut's Dr. Del Rye: (I seems ironic that the standard silver hue that has been used over the past 40 years by teams such as the Lions, Oilers, Panthers, Patriots and Raiders has been formally labeled "Raider Silver" by the paint and helmet suppliers.

Some years Dick had a portion of blue color added to the standard formula which darkened the appearance of their helmets. One season, in what seems almost sacrilegious to the Raider image, a portion of pink color was added giving the helmets a subtle champagne glow. We are not sure what inspired Mr. Romanski to take it upon himself to make these they were done during an era where the uniform colors and appearance were not as strictly regulated as they now are."

So, maybe it wasn't your eyes or lighting conditions or film that made the helmets look a bit different one year from the next. Some of these do look slightly different. You be the judge. 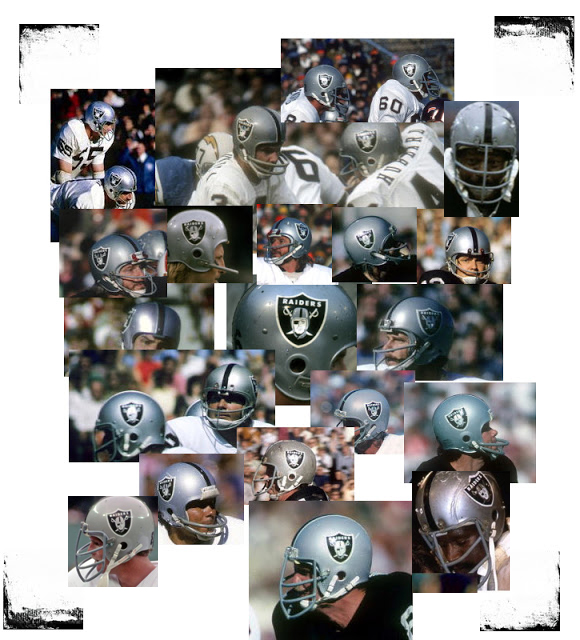 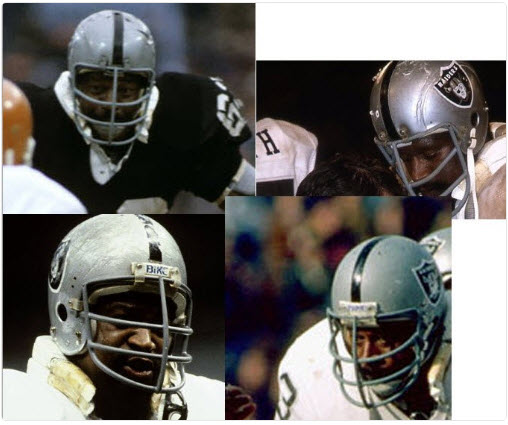 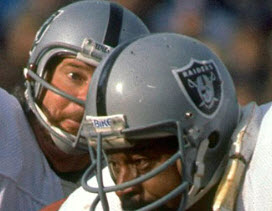