Taking a page from The Hidden Game of Football by Bob Carroll, Pete Palmer, John Thorn  (A must read for football fans) . . 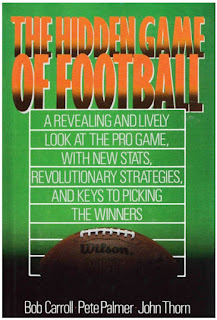 . . . I expanded their idea of comparing players to the leader of any certain category i.e. Rushing, passing, receiving, etc.

In this statistic, I simple compare all ball catchers statistics to the leader of that stat. In this case it is receptions per game, yards receiving per game, yards per catch and touchdown percentage. Then, those percentages are totaled and divided by four.

The idea behind it is to have these four categories have values that are weighted about equally, which was the intent of the Pro Football Hall of Fame passer rating that has become the NFL's QB rating. This uses algebra and not calculus, so it is simpler. It shows that many of the complied receiving numbers are based on long careers, more games per season and increase in throwing.

This system rewards touchdowns and yards per catch, which are important statistics in my view. Anyway, sure to receive criticism, and that's fine, here are the leaders as of the end of the 2015 NFL Season. 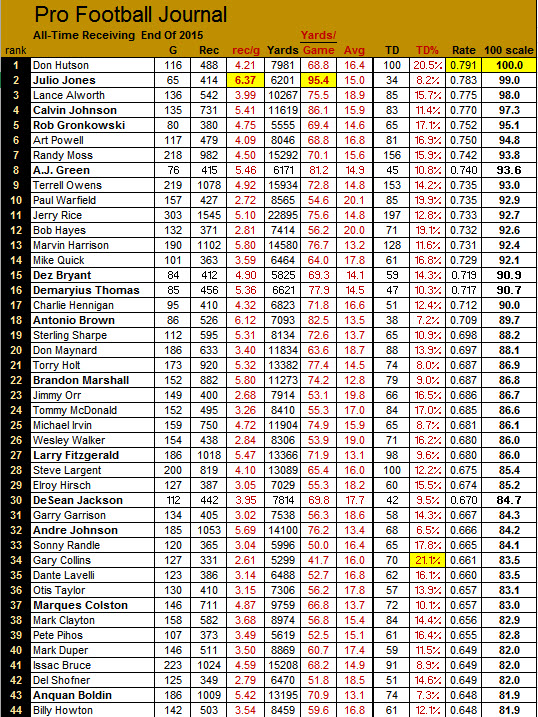 Note: It takes 275 receptions to qualify. The categories used in the formula are in red. Leaders in a category are highlighted.