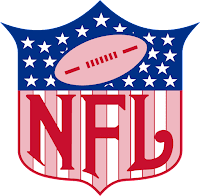 When the Hall of Fame released the 1950s All-Decade team the format was odd. They listed three quarterbacks but only one center. There was not a First- and Second-team as there has been since the 1970s All-Decade Team. So, we don't know which of the three were the "top" quarterback.

There were two tackles and three guards. Two defensive ends and tackles yet four linebackers, two corners (halfbacks) and three safeties. As Paul Zimmerman once wrote, "They don't line up that way".

We've gone back and chosen a First- and Second-team and attempted to use our film study, stat research and other means to determine who might be the top players in a format that is similar to the 1970s, 1980s, 1990s, and 2000s All-Decade Teams.

Now, here are our selections: 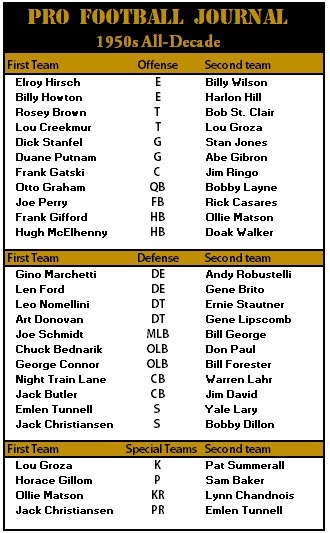 We went with a 4-3 defense but could have added middle guards for the first-half, but the best ones didn't get a lot of time in during the decade and fit with other teams.

Agree or disagree? Let us know.
Posted by John Turney at 2:22 PM