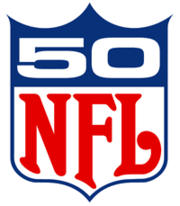 Again, like the 1950s it had three quarterbacks, not distinguishing who (if any) were the First- and Secon-teams. It had two fullbacks and four halfbacks. We suspect there may have been some ties in the voting that account for the oddities but the votes have never been made available so that is just speculation. There are five linebackers three of them are middle linebackers, but three ends, tackles, corners, and safeties. Again, Zim would say, "They don't line up that way fellas".

So, we've taken the resources available and made some selections on our own. Feel free to criticize. We chose five years of service as the minimum to qualify for the All-Decade team so Nobis is out right away. 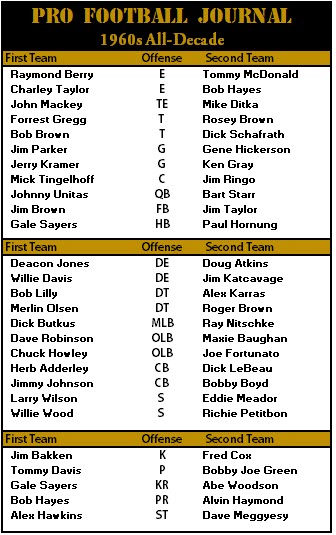 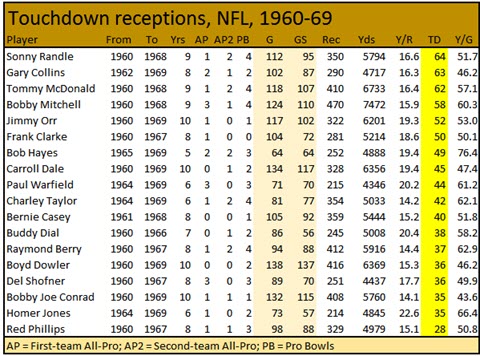 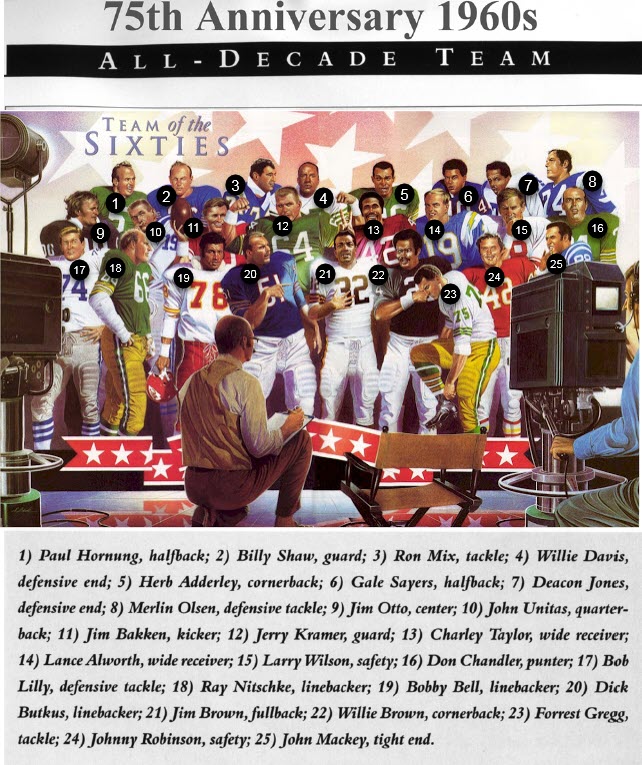 However, Mike Ditka was shut out. We put him on the PFJ Second-team. Jim Parker also got snubbed but the panel picked Shaw and Kramer; we put him on our NFL First-team.

Back to our team—outside linebacker was difficult on the final slot. We went with Joe Fortunato over Dave Wilcox (who came into his own on the 1965-75 Second-team), Matt Hazeltine, Wayne Walker, Jack Pardee, Larry Morris (who made the official team), and Lee Roy Caffey