The NFL's First Defensive Player of the Year Awards: The NEA

The Associated Press began voting for a separate Defensive Player of the Year in 1972 and the winner was Joe Greene. In 1971 Alan Page was "designated the AP's Defensive Player of the Year by virtue of getting more votes than any other defender in the balloting for the NFL's Most Valuable Player.  Page was voted the AP MVP which was announced a couple of days later, but there
However, a major media outlet, the Newspaper Enterprise Association (NEA) had been Defensive Player of the Year Awards since 1966. Larry Wilson was the winner in 1966, Deacon Jones won in 1967 and 1968, Dick Butkus won it in 1969 and 1970. Those, and subsequent winners were given the George S. Trophy, sometimes called the Cup and for a few years the winners were presented those awards on CBS-TV along with the trophy that went along with being voted NEA All-Pro. See below: 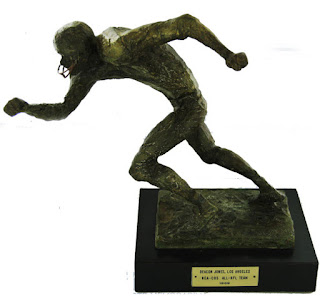 The Defensive Player of the Year, as a separate award was not invented by Murray Olderman, the NEA's top writer and illustrator, but he sure popularized it and made it a consistent, yearly award.
also made it a lot of fun. When the NEA Awards came out, they not only represented the voting of the NFL and AFL players, making the NEA awards unique, they also had as , a talented artist in both sketches and cartoon drawings, would illustrate the winners in as part of the story the NEA sent out over the wires. 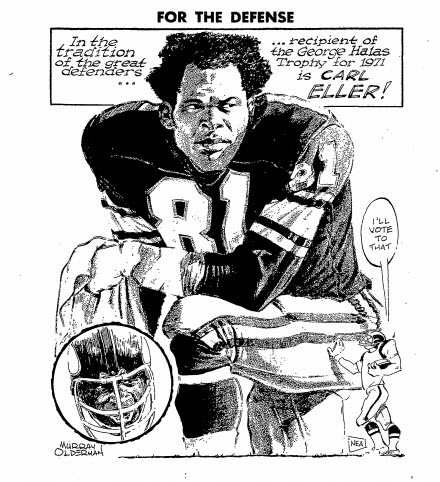 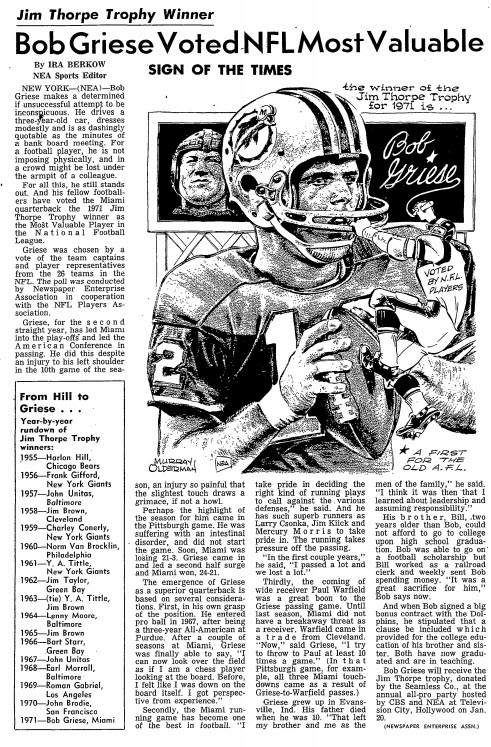 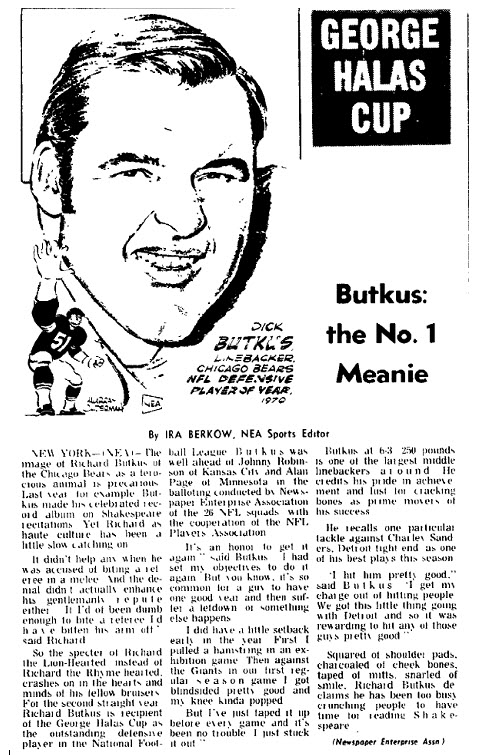 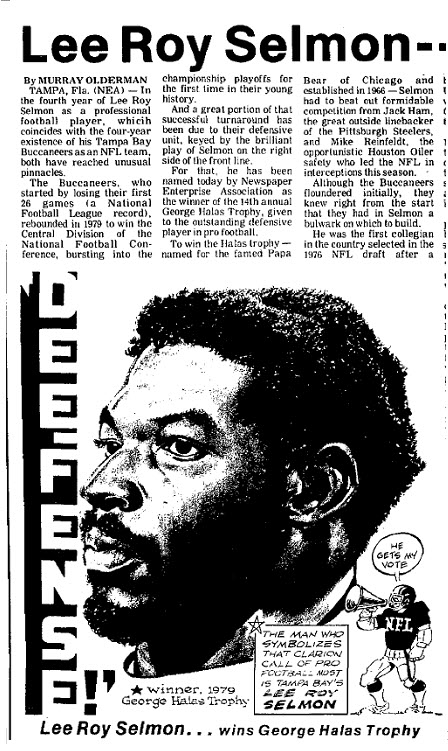 Note: Wikipedia lists a 1997 winner, Dana Stubblefield. I do not believe that there was an NEA vote taken that season and the World Alamanc adopted the AP DPOY when it published the Almanac in 1999.

The NEA Sports Bureau, due to a failing business model, is no more, though the NFL MVP Award was picked up by the Jim Thorpe Assocation and they released the "Players MVP"  though 2008 and then, it too, ceased. While it lasted, the NEA made the awards given out by major news organizations more fun. 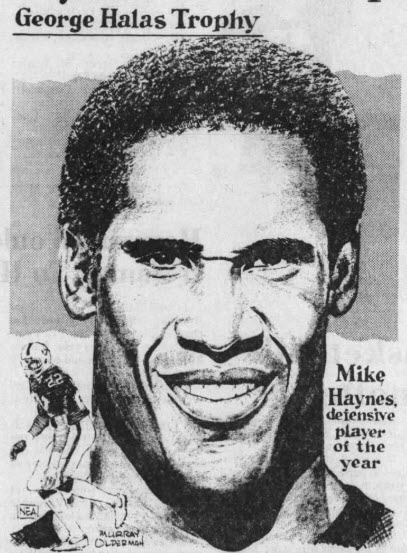