When the "Silver and Black" was the "Black and Gold" 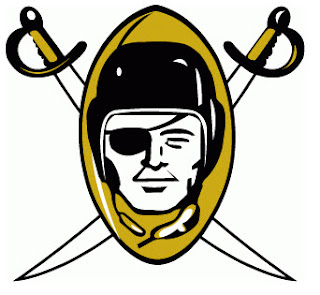 Th-e Sil-vah and Bla-ack . . . You can still hear how Al Davis used to say it, with all the words seemingly having an extra syllable. Over the years " different things to the equipment manager, for more on that read HERE. Nonetheless, the Raiders uniforms are a classic. They are clean and sharp and always look good, at least to me.

However, that color scheme was not always what the Raiders wore on the field. From 1960-63 they were Black and Gold. Their uniforms were nearly identical to the NFL's Chicago Bears except the Bears had the Navy and orange and the Raiders were black and gold. 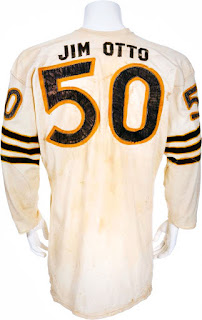 Here is Otto, the next season when he adopted his famous Double Zero numerals. is sporting the dark model. 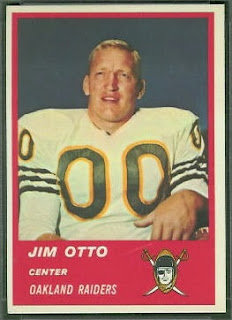 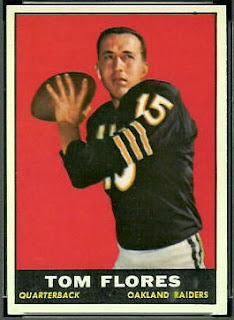 And no, I do not have any suggestions for Mark Davis, the Raiders owner, as I did for Mr. Jerry Jones. Keep the uniforms as they are, with the occasional throwback with the white jerseys and silver numbers like the photo below: 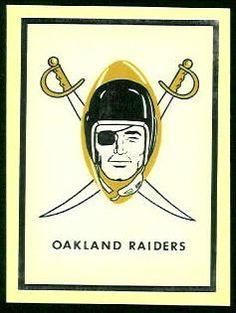