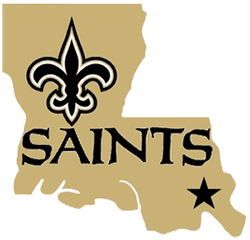 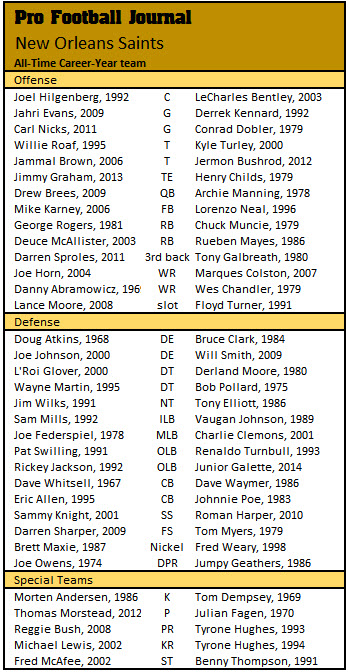 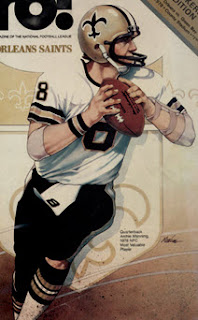 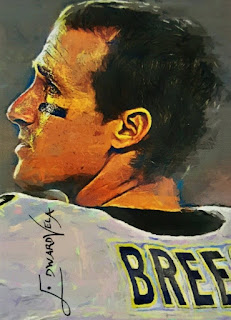 For 3rd receivers, the Saints had a lot of choices, we went with Moore and Turner. Devery Henderson deserves some notice with two seasons averaging over 23 yards a catch, a rarity for a WR in this current era. If we picked a 4th WR slot Robert 2009 would get that, and Quinn Early gets an HM as well.

The Saints have yet to have a defensive end named First-team All-Pro. But, they have had some good seasons several players. Doug Atkins had 12½ sacks to go with 44 tackles in 1968. At the time, he was being considered for Defensive Player of the Year before he got hurt. As it was he was voted to the Pro Bowl but did not get credit for it due to his broken leg that ended his season. Back then, the NFL didn't name players and then replace them like they do today. If they know of the injury they just replaced him and didn't announce it (Same thing happened to in 1978).

We really liked the Second-team picks. Moore could have had his 1976 season selected or his 1983 when he was a nose tackle, selected as well. In 1976 he had 91 tackles and 8 sacks. He, again, had 8 sacks in 1980 and he just played hard during a miserable Saint season and we went with that one. Bob Pollard is one of the great unknown names of the NFL. In the 1970s, when the Saints would play the 3-4 Pollard was an end, and he would slide down to defensive tackle when they went to the 4-3. In 1975 he had 104 tackles and seven sacks. He was always "flashing" in their highlight films. A tough, unsung player in our view. Mike Tilleman's 1970, when he was the team MVP and had 84 tackles, 5.5 stuffs, 3.5 sacks, three forced fumbles, and two recoveries himself is an honorable mention.