At Pro Football Journal we are trying to pick the best individual seasons in the history of each franchise, which we will continue today with the Cardinals. By "Career-year" we mean the best performances at each position, with the following rule: Only one season per player per position. For example, here, we cannot pick Larry Wilson’s best two seasons and use all safety slots. 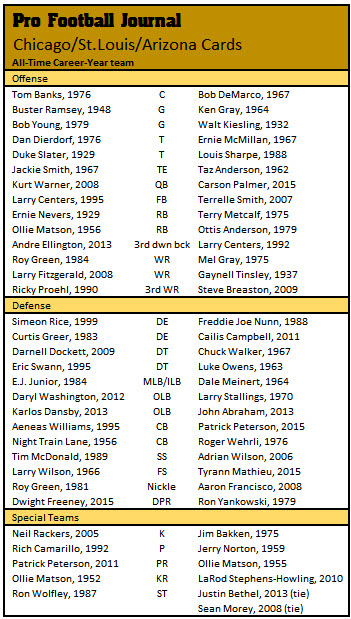 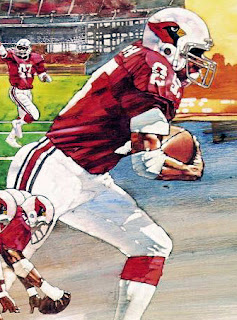 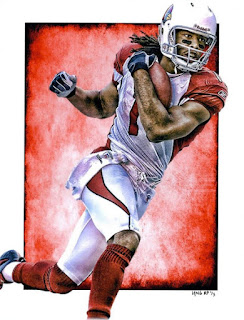 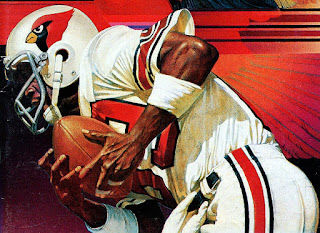 A case could be made for many of these to be on the First- or Second-team. Again, it's a deep group. 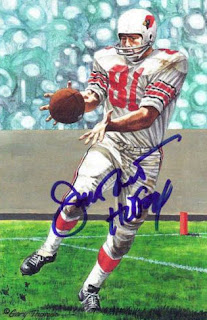 Not as deep is the tight end position, where really, only one stands out and that is Jackie Smith, 1967. 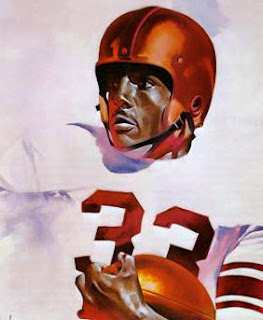 Ernie Nevers, 1929, and Ollie Matson, 1956, are the running backs. True, they were both traditional fullbacks, but in this exercise they are ball carriers, the player who leads the running game.
The Second-team running back seasons are Terry Metcalf, 1975, and Ottis Anderson, 1979. 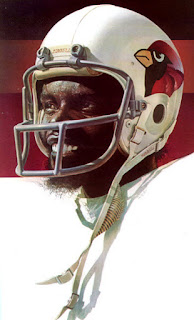 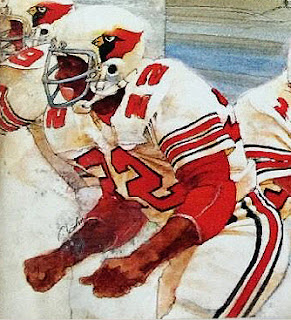 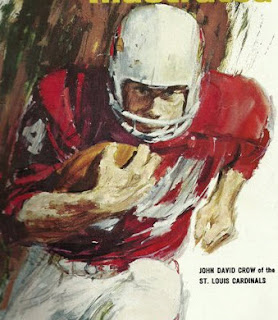 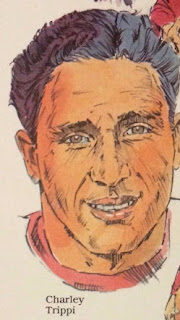 Kurt Warner, 2008, takes the quarterback spot. We picked Carson Palmer, 2015 (Second-team All-Pro) over QB/TB Paddy Driscoll, 1925 (All-Pro). Warner won the Jim Thorpe Trophy as the NFL MVP in 2008 and got the Cardinals close to winning the Super Bowl. 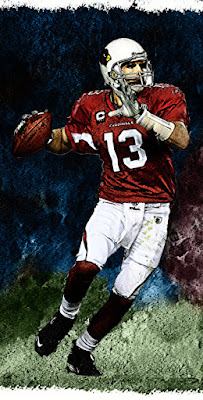 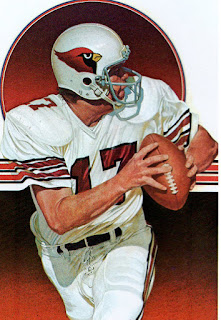 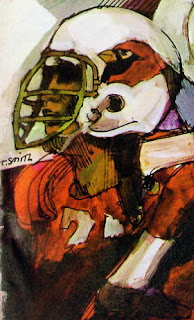 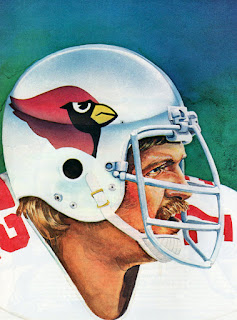 The kickers are Neil Rackers, 2005 (All-Pro), and  Jim Bakken, 1975 (All-Pro), for the First-team and  for the Second-team. As good as was, compared to his peers, Rackers did lead the NFL in field goal percentage while was behind Tom Dempsey.

Pat Harder's 1947 is the lone honorable mention as a kicker. 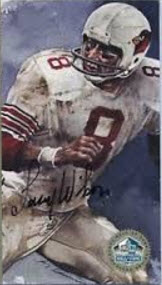 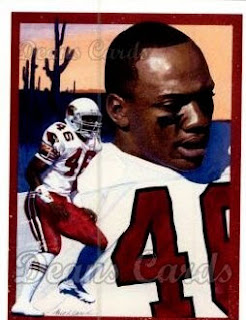 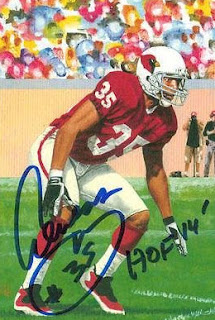 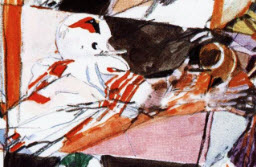 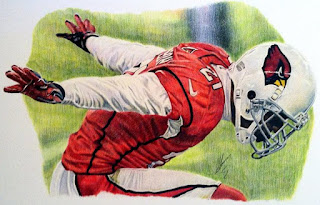 The middle/inside linebackers are E.J. Junior, 1984 (All-Pro, 118 tackles, 9.5 sacks), followed by Dale Meinert, 1964 (Second-team All-Pro). Junior actually moved positions in 1983, from outside to often rushed from the outside accounting for his high sack totals. To be a Second-team All-Pro in 1964 in a league with Joe Schmidt, Ray Nitchke, Sam Huff and Bill George was quite a feat. We've not seen much film of Meinert in 1964 but in the 1960s, he made three pro Bowls and hung with some  greats of All-time,.

Ken Harvey, 1990 (99 tackles, 10 sacks), and Niko Noga, 1985 (74 tackles, 10 stuffs), and are the honorable mentions. Freddie Joe Nunn is a Second-team selection at  defensive end but we also give him an honorable mention as an OLBer for his 1991 season when he had 63 tackles, 7 sacks, 7 stuffs and 6 forced fumbles. Nunn split his NFL time as a defensive end and as an outside linebacker.

Agree or disagree? Post in comments section below.
Posted by John Turney at 6:02 PM