Barney Chavous: As Steady as the Rocky Mountains 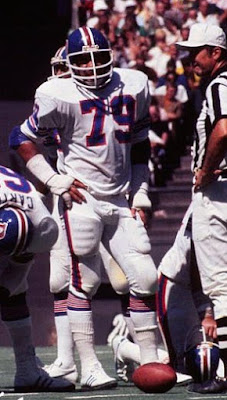 Some really good players never make First-team All-Pro, like Elvin Bethea (who made several Second-teams) or Julius Adams, and some never make a Pro Bowl or All-Conference, like Barney Chavous. But that does not mean his career is not worthy of mention.

He was a 13-year starter for the Denver Broncos at left defensive end and missed only 8 games in his career. He spent the last 10 in a 3-4 defense where his duties were more akin to a defensive tackle than a defensive end and the first 5 years in that scheme the Broncos rarely when to a 4-down linemen nickle scheme on likely passing downs, relying instead for linebackers to get extra pressure.

Still in all, Chavous had a fine career:
He totaled 75½ sacks and forced 12 fumbles, but of note is that from 1973-85 the Broncos 3.7 yards per rush allowed was second-best in the NFL to the Steelers 3.6 (Rams also 3.7) and were fifth in rushing yards allowed behind the Steelers, Rams, Cowboys, and Raiders. Clearly, the Orange Crush defense was more than a one-year entity. 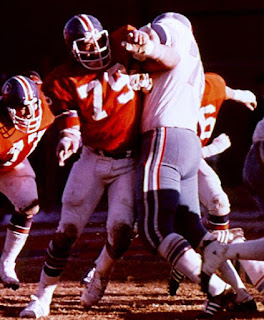