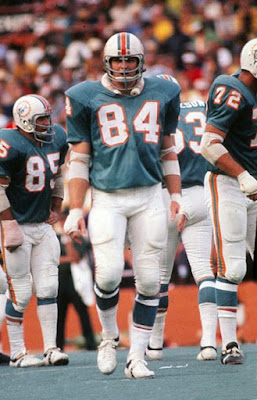 The football world lost another fine player yesterday, Miami's Bill Stanfill. He was a vital cog on the Dolphins No Name Defense of the early 1970s that went to three consecutive Super Bowls and won the last two they appeared in after the 1972 and 1973 seasons. Stanfill was the best pass rusher on that team and one of the leaders. 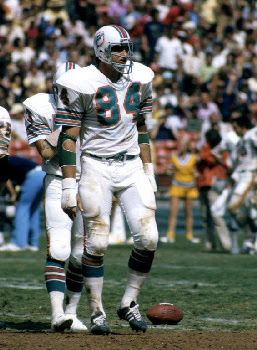 Had sacks been publicized at the time it's likely he would have had quite a lot of support. In addition to his sacks he had 9.5 stuffs and 4 forced fumbles in 1973. In his First- and Second-team All-Pro seasons, he averaged 65 tackles, 13 sacks, 7 stuffs and 2.3 forced fumbles and walked away with two Super Bowl rings, including the “Perfect Season” championship in 1972.

Dolphins coach Don Shula liked to point out that Stanfill earned each of his sacks.

“This was when we used a lot of three-man lines to get to the quarterback,” Shula once said, meaning Stanfill often had to beat double-teams. He also said of Stanfill: "On the field, he was a fierce competitor. His toughness served as an example to the entire team and was a key reason why he was so respected by teammates and opponents alike." 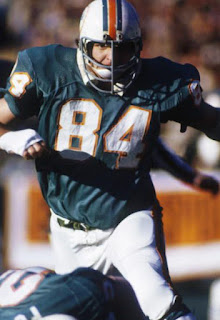 Stanfill was a consensus All-American in 1968 and was named the Outland Trophy winner and that was followed by induction to the College Hall of Fame in 1998. During his three-year college career, the Bulldogs went 25-7-1 and won a pair of SEC titles.

Stanfill was also inducted into the Georgia Sports Hall of Fame in 1984 and the UGA Circle of Honor in 2000. He was named to the 25-Year All-SEC Team from 1961-85, the All-SEC Quarter Century Team from 1950-74 and the 1960s All-SEC team. In addition, Stanfill was an All-SEC choice all three years and earned Academic All-America and Academic All-SEC honors in his senior season at Georgia.

He was drafted in the first round of the 1969 AFL-NFL draft with the 11th overall pick.

Stanfill was known as a tough player, gutting it out while playing with injuries and a neck injury in 1975 really ended his career but he fought on through that season and 1976. The limited his playing time and effectiveness as a pass rusher and he had to retire. The coup de gras was a weight machine injury in the offseason before the 1977 season.
Posted by John Turney at 1:37 PM