At Pro Football Journal we are trying to pick the best individual seasons in the history of each franchise, which we will continue today with the Giants. By "Career-year" we mean the best performances at each position, with the following rule: Only one season per player per position. For example, here, we cannot pick Lawrence Taylor’s best two seasons and use all OLBer slots.

Here is the team, First-teams on left, Second-teams on right: 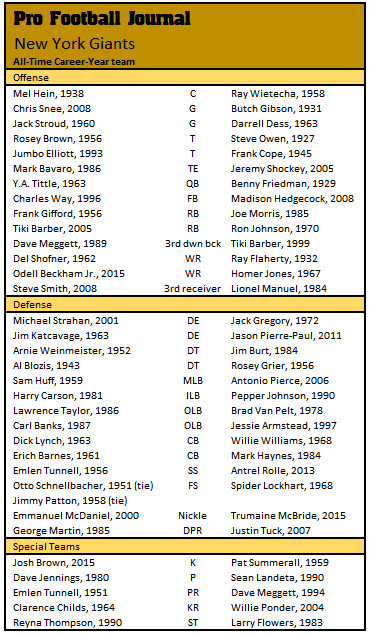 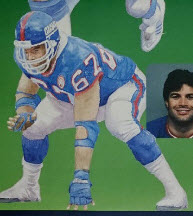 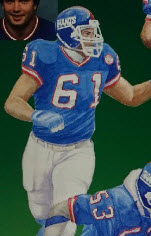 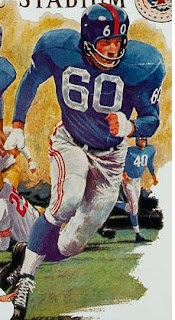 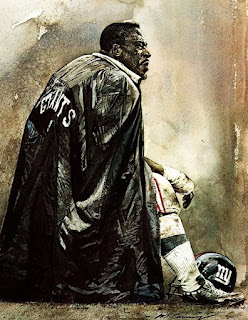 Y.A. Tittle, 1963 (NFL MVP, All-Pro, 36 TD passes), is our First-team quarterback. His MVP season was a hair better than Benny Friedman's, 1929. Friedman threw for 20 touchdowns, Ruthian numbers for that era. In fact, that unofficial team record was not broken until Conerly threw 22 TD passes in 1948. 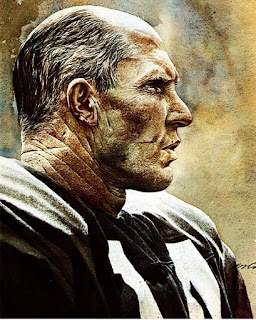 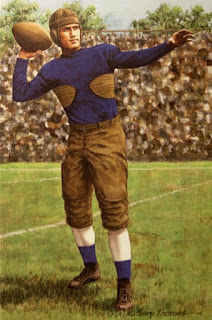 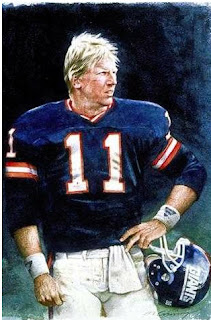 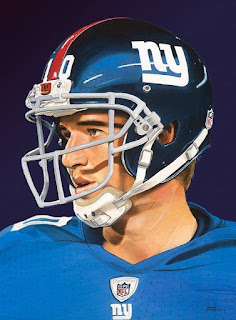 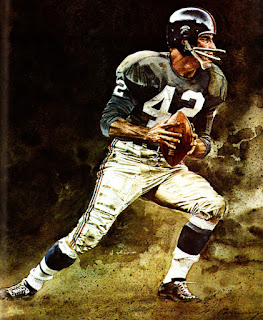 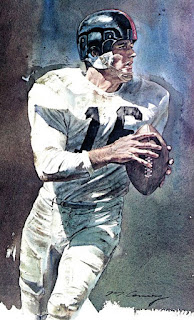 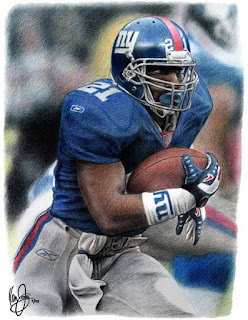 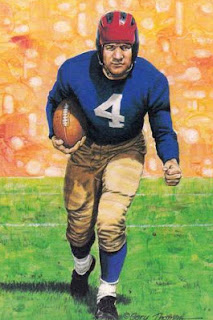 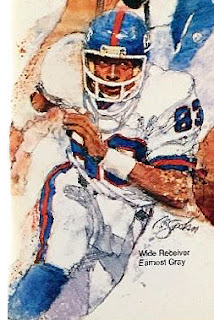 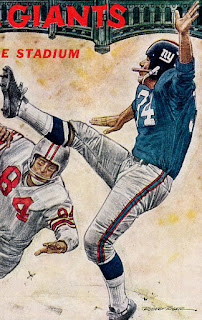 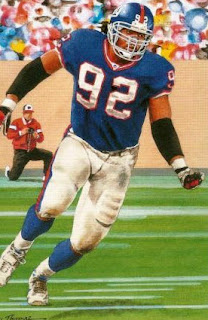 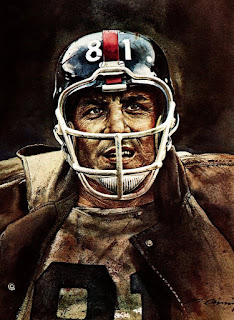 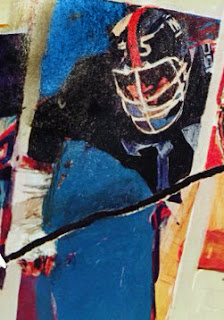 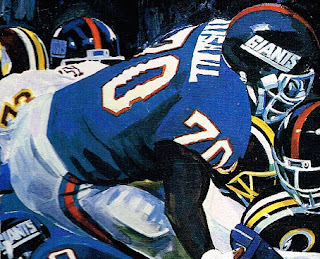 Arnie Weinmeister, 1952, and Al Blozis, 1943, are our defensive tackles. In their respective years (along with Katcavage in 1963) these two tackles would have been in contention for a Defensive Player of the year Awards, had there been one. We've seen film on both and they were certainlydominant. We wish we could see more, but in what is available, both were often simply a physical mismatch for the guards and offensive tackles at the time. Both were listed as tackles, but both were in 6-man lines and played what may be called a defensive end in this era, but both had defensive ends, with hands on the ground outside them and both had defensive guards to the inside. So, though they were over tackles, we will call them defensive tackles, which there were listed as. 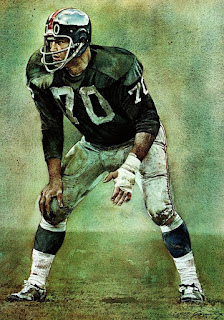 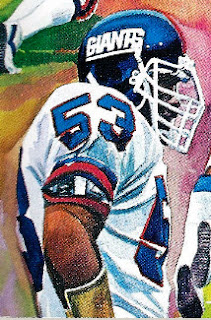 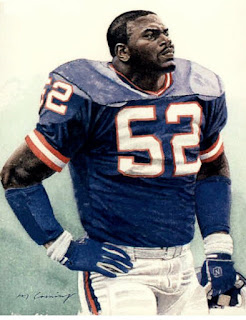 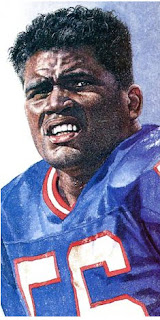 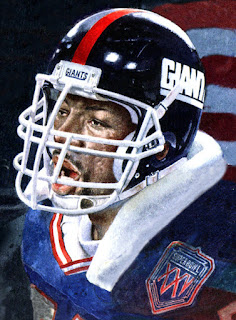 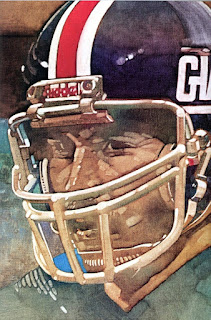 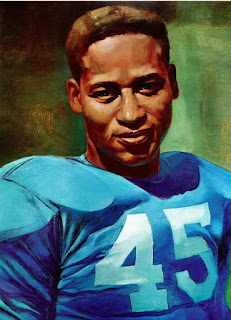