The Reach of David Boss 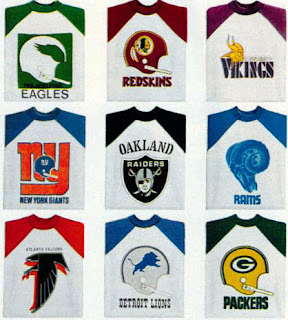 If you were a football fan anytime from the early 1960s to the end of the century you would have been touched by the influence of David Boss.
Boss worked for and then headed up NFL Properties for just over 30 years and that company was responsible for any product with an NFL or team logo on it.
Everything.
After being hired in 1960 he began to expand the fan experience by standardizing NFL game programs and filling them with articles by the top football journalists, amazing photography, and fine art as well.
In the mid-1960s all the NFL teams had themed covers that were designed to be consistent from city to city. They became a national product. The covers would feature team-specific paintings or photographs and the features and other niceties were also the same in each program.
A fan in New York would have the same basic magazine as someone in Los Angeles except for the cover, team rosters, and some team-specific articles.
The artwork stands the test of time. In 1966 the covers were paintings done by Boss himself.  A graduate of the Cleveland Institute of Arts, Boss was multi-talented in terms of fine art, photography, design and even journalism, having penned and edited NFL prose.
In the 1970s the game programs Boss added a weekly feature that allowed the fans to see amazing portraits of NFL players by artists like Merv Corning, Chuck Ren, George Bartell, Cliff Spohn, and many others. These pieces are cherished to this day by fans, inspiring specific accounts on blogs and on Pinterest.
Boss also personally designed all the Super Bowl game programs and Super Bowl posters from the beginning through Super Bowl XXV. These are still cherished and fetch a tidy sum on eBay and online auction sites as well. The early ones would cost someone between $400 up to the low four figures, depending on condition. 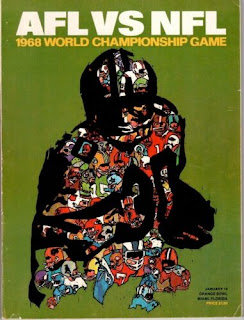 He set up the licensing program that allowed companies to produce all the products fans could see in the Sears, JC Penny, or Mongomery-Wards catalogs.
Those products were coveted by children, teens, and adults and to this day allow fans of that era evocative memories of a sweatshirt, sweater, letterman's jacket, pajamas, or bed sheets with their favorite team's logo on them. Or just looking through the Sears Wishbook and gazing at the seeming scores of products it offered.
All of those things were licensed by NFL Properties. 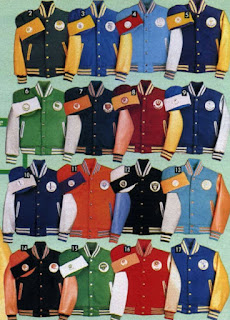 Throw in NFL-themed posters and books.
The Punt, Pass, and Kick series of books for younger fans are still sought by collectors. Boss also created some of the best coffee-table books of the day, the Pro Football Experience was a monumental oversized book that had photography that made players look like they could leap off the page.  It was 256 pages of cover-to-cover explosive content. 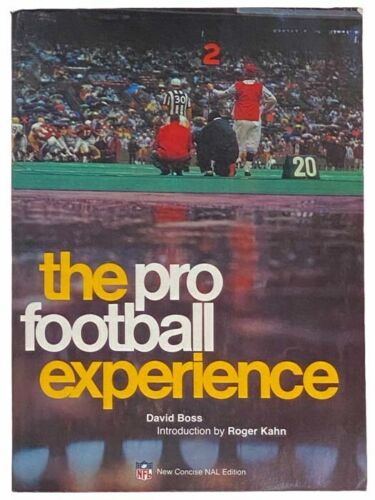 He designed and produced The First Fifty Years: A Celebration of the National Football League in its Fiftieth Season which is still a great read. All the books that focused on specific positions were credited to him. One was Running Wild: A Pictorial Tribute to the NFL's Greatest Runners
He was the brainchild behind the 1973-74 series of books, Great Teams, Great Years. One of, in not, his last book was titled, From First Down to Touchdown which came out around the time of his retirement.
Moreover, Boss was instrumental in producing "Prolog" magazine and NFL Reports, and other publications that were direct productions of Properties.
"Prolog" was an annual NFL preview magazine that also gave detailed coverage of the previous season. It was full of interviews and, again, great photography.
The pocketbook-sized "NFL Reports" gave much of the same kinds of content but in a smaller format. It was sold, of course, at bookstores and dime stores but often was a giveaway at car dealerships or appliance stores that had a promotional deal with Properties.

Boss redesigned the NFL logo, making it less busy and serves, by and large, to this day—with some minor tweaks along the way.
Yes, if there was some NFL item you enjoyed as a kid, or even now as an adult, thank David Boss for it because he had a hand, directly or indirectly, in it. It really is mind-boggling to reflect how big his sphere of influence was and the amount of joy he helped create.
If you fell in love with the NFL, especially in the sixties and seventies, David Boss is a name you need to know.
Posted by John Turney at 1:43 PM