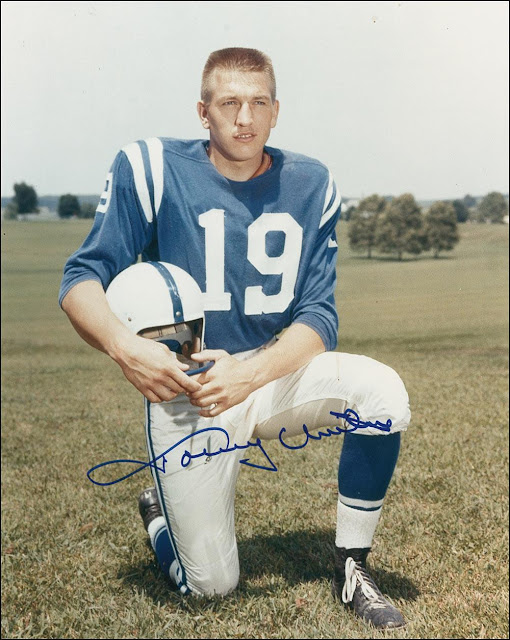 “They were comfortable. I saw no reason to change them. The only time I wore low-cuts was in college. I cracked an ankle. I started wearing hi-tops because of the ankle. We had a scrimmage. One of our own guys hit me. Bent me over and had a slight crack in the ankle. But I never missed playing (a game). The guys, we put a pair of hi-tops on to give a little extra added support. Plus with the taping (ankle) so you don’t have to miss the game. From that point on, I wore hi-tops,” said Johnny Unitas in a 1999 interview with NFL Films. 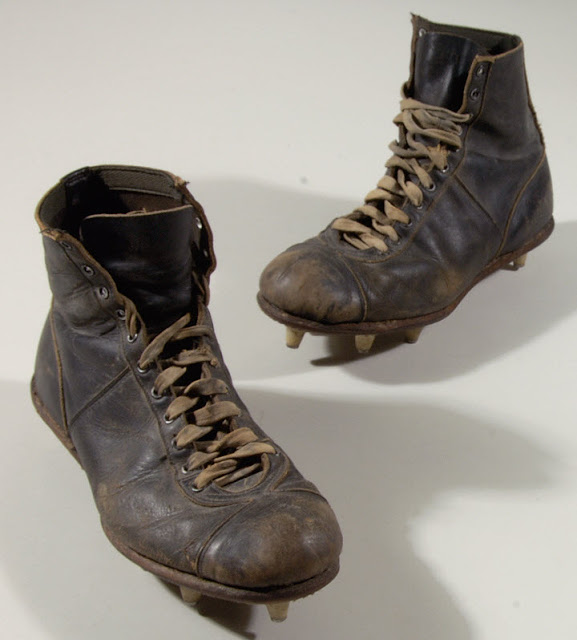 Unitas's black high top cleats are one of the most iconic images or piece of equipment in NFL history. So in 1973 when Unitas was traded to the San Diego Chargers Johnny U also traded his black high tops for Chargers blue high-tops. Something just didn't look right. 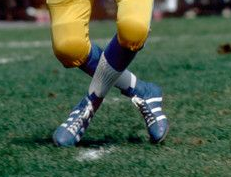 Besides his high-top cleats the other iconic image of Johnny Unitas was his famous crewcut hair-do. Once in an interview with NFL Films Unitas explained his trademark haircut.

“I think it was basically, when you were young I played in the playgrounds and everything else. Having long hair was more of a pain than anything else. So I just told him (barber) to cut it all off. It always felt good to me. It didn’t take that much time to comb it. You’d take a wash rag and go right over top of it. That was it, brother, we’re out of here,” said Unitas laughing. 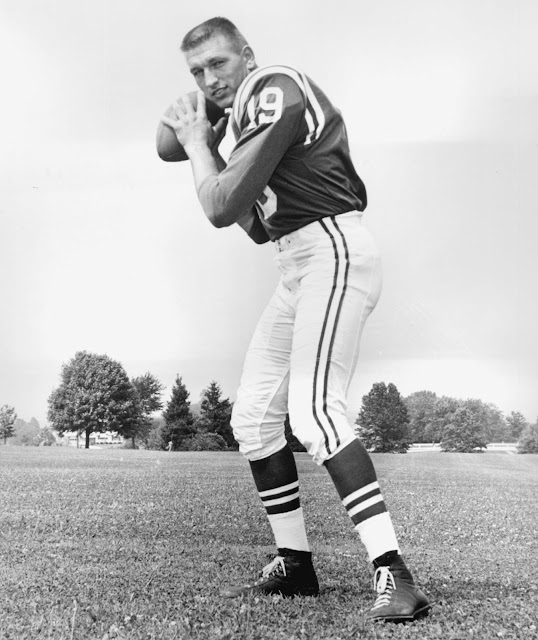 Just like most sports legends Johnny Unitas had his special "trademarks" that fans could identify with. Like Michael Jordan's Nike shoes or Mickey Mantle's jersey number, nobody can talk about or look at a Unitas photo without bringing up his high-top cleats or his famous crewcut.