Kyle Rote was a  bonus selection in the 1951 N.F.L. draft by the New York Giants and had a fine career with that club. He was initially a running back, but due to a knee injury he was moved to . He retired as the Giants' career leader in pass receptions, receiving yardage and also in receiving touchdown  and had been named to the Pro Bowl four times. He was also a First-team All-Pro selection by the Sporting News in 1955 and 1956 and a Second-team All-pro in 1960.
He was one of the founders of the National Football League Players Association (NFLPA) in 1956 and its first elected president and also Giants team representative.
During Rote's years with the Giants, they were Eastern Conference champions four times and were the NFL champs  game in 1956
After retiring as a player, Rote was a Giants backfield coach for two seasons, then move into broadcasting as a sportscaster.
When he retired in 1961 he got quite a haul of goodies. These things do not happen much today, for some reason. That reason being players today  tons of cash and they can buy their own Thunderbirds and lawn equipment we suppose. 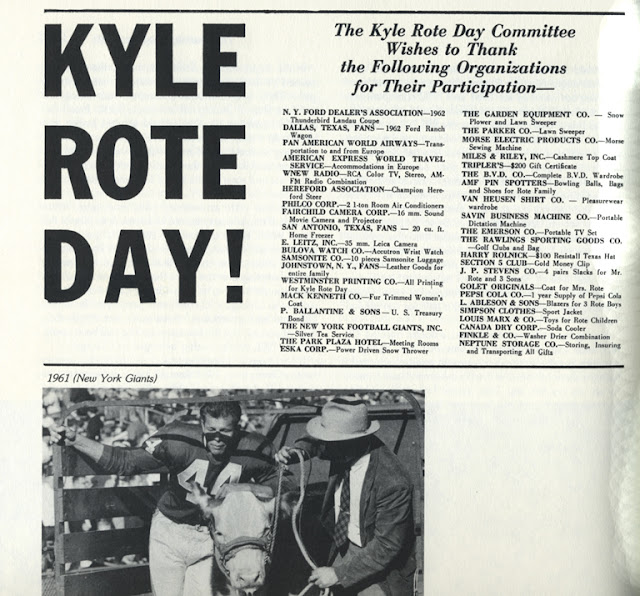