In April we reviewed the career of Ottis Anderson. In a letter dated three days from now, eventual Hall of Fame Coach Bill Belichick weighs in and asks the HOF selection committee to give strong consideration to Anderson's candidacy.

It's a good gesture, though endorsements of a player by his own coach and/or teammates lots of weight, they do mean something.

What caught our eye here was Belichick's memory of Anderson returning kicks in the NFL. We didn't remember that at all and in looking at his career stats to refresh our memory we were correct. Perhaps it was in ? In college? Did he confuse Anderson with Stump Mitchell? Even the sharpest of football minds can "" details from back in the day. 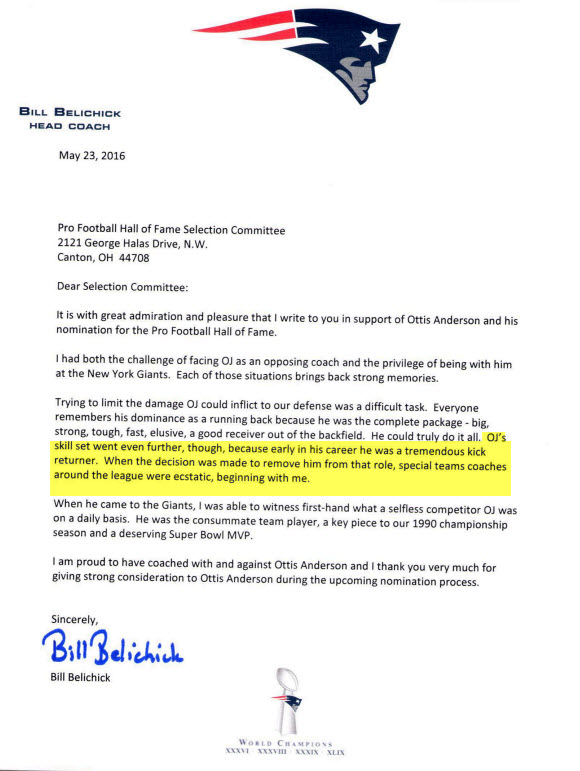 Regardless, Anderson had an interesting career, seemingly headed for potential Hall of Fame until he got injured and was traded to the Giants. There he sat, then was a role player, then did fill in and helped contribute to a Super Bowl ring. With so many qualified players in the senior's pool it's not likely Anderson will get much traction, even with a Belichick endorsement.