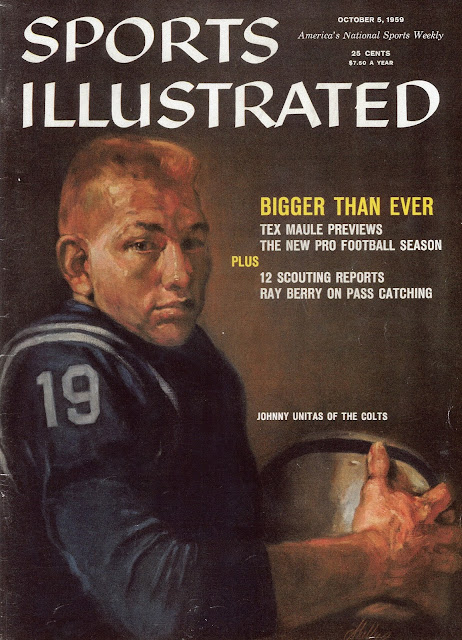 was a portrait drawing of him by Sheldon Fink. Looking stoic in the painting just a year after winning the 1958 NFL Championship Game, Unitas was featured on the cover of the magazine’s NFL Preview. Also within the issue was a full-length article on pass receiving by Raymond Berry. 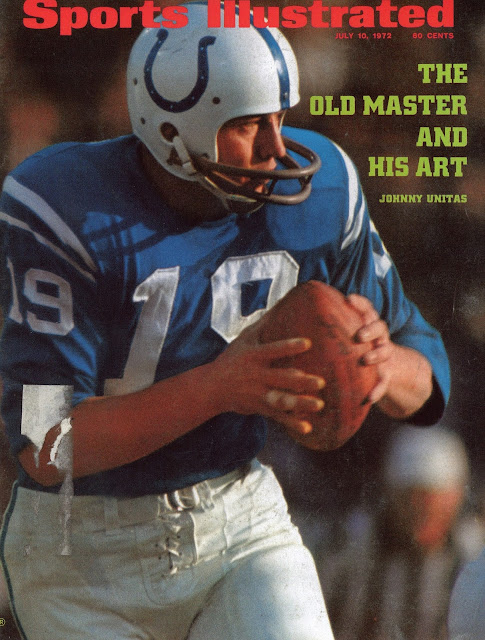 An astounding 13 years went by in between for Unitas. The July 10, 1972 issue features a very detailed article written by Unitas, with illustrations from Gwilym Brown, about the techniques of playing quarterback.   teachings combined with Brown's artwork makes this article priceless. 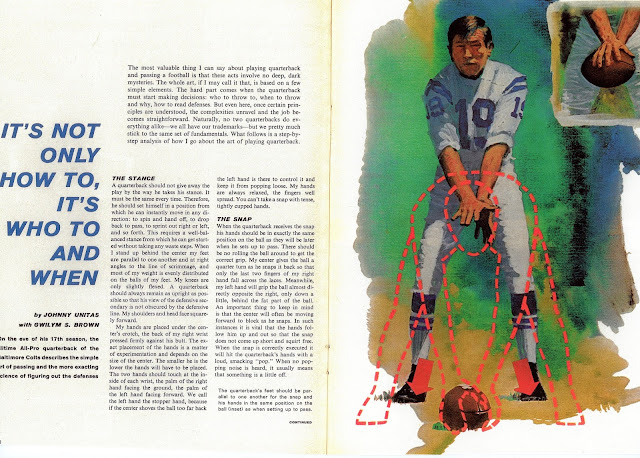 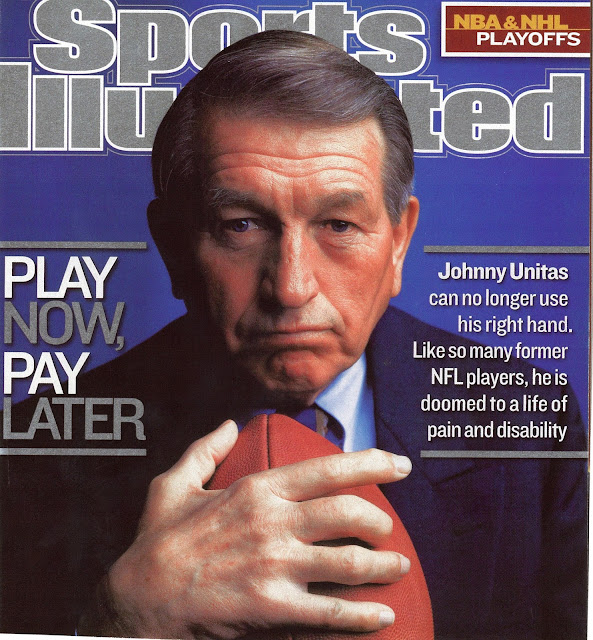 Nearly thirty years after his last appearance on the cover Unitas is the cover boy for a story on players struggling with health issues and the battle to get help from the NFL.
Little more than a year later Unitas would be gone.


Issue:  September 23, 2002
Cover: Neil Leifer
Articles: “The Best There Ever Was” by Frank DeFord; “Talking Football” by Paul Zimmerman; and “Field General” by Peter King. 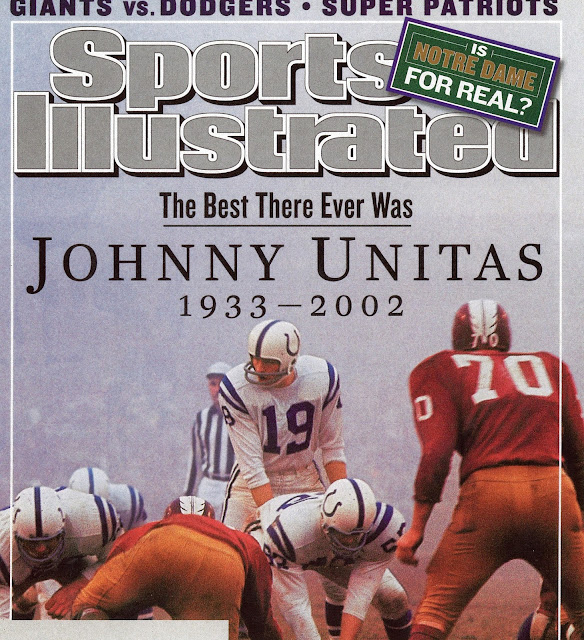 On September 11, 2002, just a year after 9-11 happened, Johnny Unitas died of a heart attack while working out at the gym in Baltimore. He was 69 years old. Sports Illustrated honored Unitas with a tribute issue on their Sept. 23 date that featured three articles by Baltimore native Frank DeFord, Paul Zimmerman and Peter King.

﻿The last time Unitas was on the cover of SI was for the book excerpt of Mark Bowden’s “The Best Game Ever.”
Besides the odd number of appearances between his playing career and retirement, Unitas did not appear on the cover of Sports Illustrated throughout the whole decade of the 1960’s. Throughout that decade SI featured 75 covers of NFL players- not one was Unitas.