TUESDAY TIDBITS: The Final Sunday, and Has "Real" Meaning

Here we are, and as the above title states this upcoming Sunday has real meaning as to who goes to the playoffs, and who thinks about "coulda, woulda, shoulda". Going to begin with San Francisco linebacker #51 Azeez Al-Shaair who last Saturday in the impressive win over the Cardinals made one of the best "hits" seen in years. Check it out if you can-----my boy Dickie would be proud since Azeez wears his jersey number. Have directed a lot of criticism on the Lions this year, and last weekend was not a high point in their team history.

Have great respect for Chris Spielman, yet some pundits have stated he should not be involved in the hiring.....could not disagree more. Next topic you ask? How about the standings in the AFC and who stays home? 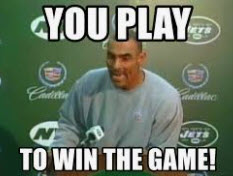 Five teams with a record of 10-5, and we all can read and listen about % chances to go to the play-offs, yet how about Herman Edwards terrific quote "You play to win the game", so AFC teams you want to advance how about the simplistic approach— you know outscore your opponent and win the game. Vrabel is aware his boys can go from #4 seed to out of the playoffs by losing, and other teams winning.

What is a game of the week in the AFC? Miami vs. Buffalo? Pittsburgh vs. Cleveland? Would relish you, folks, letting me know YOUR opinions! At one point in 1979, the Bears were 3-5, but got hot and won seven of the last eight to earn a wildcard berth.

The moon, stars, and the victory point total over the Cardinals all factored into the equation, and Dallas had to beat Washington, yet did happen. So, is the Bears vs. Packers NFC game of the week? Let me know, or is it the Rams vs. Cardinals(more on those two teams later in this saga).

Not sure of the true definition of analytics, but have my tried and true method of evaluating teams on defense. The 2020 Rams can lead the league in fewest yards allowed, fewest points allowed, and a big pass rush day against the Cardinals they could possibly catch the Steelers for most sacks, and they are second in the defensive passer rating.

All very impressive, still need that win at home against the Cardinals to earn a playoff berth. The Chicago Cardinals won back to back division titles in 1947 & 48, but Clark Shaughnessy and his sparkling new offensive dynamics coupled with a much-improved defense roared out of the gate to a 6-0 start in '49 (twelve game season). Los Angeles stumbled on the road, came home to beat the NY Bulldogs, and then faced the Cardinals in a thrilling game that they lost 31-27.

While the win improved the Cardinals record to 6-4-1; the Rams at 7-2-2 would finish ahead of them no matter what happened the final week of the season. Our trip down historical memory lane today returns us to December 27th, 1975. You want background on the '75 Rams? Boy oh boy, that can sure be provided. Lost opening day then proceeded to win 12 of 13, and the loss was by just a point(they lost to San Francisco, somethings just don't change).

Was able to see them play in person that year(victory over Colts), and many times on tv. For the second year in a row Don Coryell brought home the NFC East title. His reward was a trip back to California to take on the Rams before more than 72,000 in the Coliseum. Game was blacked out, so snacks on the table and the radio blaring away listened. 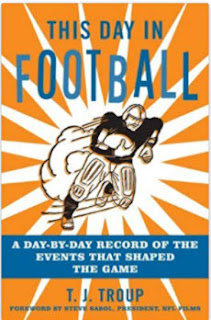 The game is detailed in my book This Day in Football on page 161. Lawrence of Los Angeles—McCutcheon to you folks pounded away for 202 yards rushing, and the Ram defense led by Mr. Jack Youngblood made big plays to win 35-23.

Enjoy the games this Sunday....should be a dandy day of football for those of us who love this game of passion.