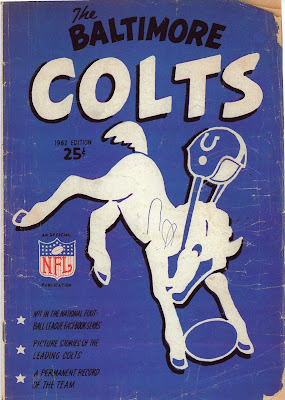 In 1962 the NFL and the Baltimore Colts produced a comic book for football fans. An Official NFL Publication with the NFL shield on the cover, the comic book was published by George Wright Hawkins Associates, Inc. Baltimore. The cover shows a bucking colt with a football helmet on a football and it sold for 25 cents.
Also on the cover it has printed, No. 1 in the National Football League Fact Book Series, but it doesn’t look like another team was ever done. Since the Colts were involved in helping put this one seems they were in this project by themselves. 32 pages in length The Baltimore Colts became a minor hit with Colts fans. The main man behind getting the project done for the Colts was Harry , the team’s Publicity Director.
, a native of Philadelphia, graduated from Northeast High School in the city before entering the U.S. Navy World War II. He served three years as a in the South Pacific and Persian Gulf. After returning from the war graduated with a B.A. in journalism from the University of Pennsylvania.


He began his career in sports in 1954 as an assistant business manager with the Baltimore Orioles. He then became the sports information director at Bucknell University.
moved to the NFL in 1958 as the Colts’ business manager. The perfect year to join the Colts- as they won the NFL Championship that the New York Giants in the “Greatest Game Ever Played.” He was part of another championship squad in 1959 as the Colts won back-to-back titles. He spent 12 seasons (1958-1969) with the Colts in numerous positions including public relations director and General Manager for three seasons (1967-1969), help building a team that went to Super Bowl III- but lost in dramatic fashion against the New York Jets. The next year left the Baltimore Colts organization.

Longtime NFL General Manager Ernie Accorsi first met in 1963 as a young sports writer who wanted to cover Colts games. He began a friendship with and thinks was forced out of Baltimore because of the loss in Super Bowl III.

In 1970, he joined the New Orleans Saints as Director of Public Relations and Assistant General Manager. He spent 13 years with the Saints (1970-1983), serving as Director of Player Personal also. In 1983, he joined the Arizona Wranglers of the USFL, for one year as Chief Operating Officer. The following year he joined the New York Giants as Special Assistant to General Manager George Young.  stayed with the Giants until he retired in 1998.
In 1962 was the Publicity Director of the Colts. Besides taking care of media requests and editing the team’s game day programs, one of his that season was putting together the Colts comic book. Working with George Wright Hawkins Associates, did pretty much everything the comic. He wrote the copy, laid out the story sequence and did all the editing. The cover layout was done by Al Walker.
The comic book was laid out much like a team’s media guide. The first five pages had the history of the team, player depth chart, and the “Baltimore Brass,” as they were called, featuring drawings of owner Carroll Rosenbloom, General Manager Don , and executive Keith Molesworth; as well as the whole coaching staff, head coach Weeb Ewbank, Charlie Winner (backs), Herman Ball (offensive line), John Sandusky (defensive line), and Don McCafferty (ends and scout). 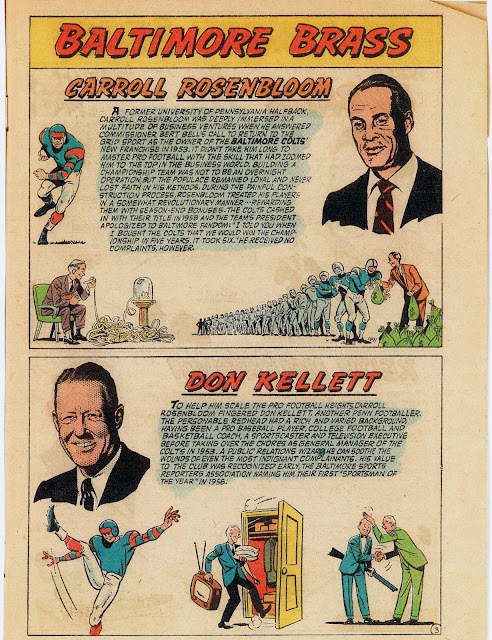 Starting on page six the rest of the comic featured the Colts players. Going to page 29, each veteran Colts player had a one-page layout that featured comic drawings of them in action on the field and one drawing of them off-the-field. Each page also featured stats and some biographical information provided by . 24 Colts players, including seven future Hall of F, received the one-page treatment.
Raymond Berry (Hall of Famer) 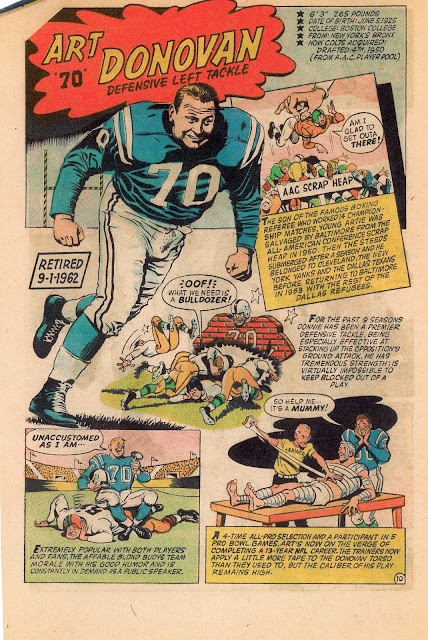 The last three pages featured the rookies and young players on the Colts. Three to a page “Calling All Colts” had drawings of a few future Colts and NFL players like Tom Matte, Dee Mackey, Bill Saul and Dan Sullivan. Recently, the comic has been listed on Amazon and EBay for $100, as it is tough to find. 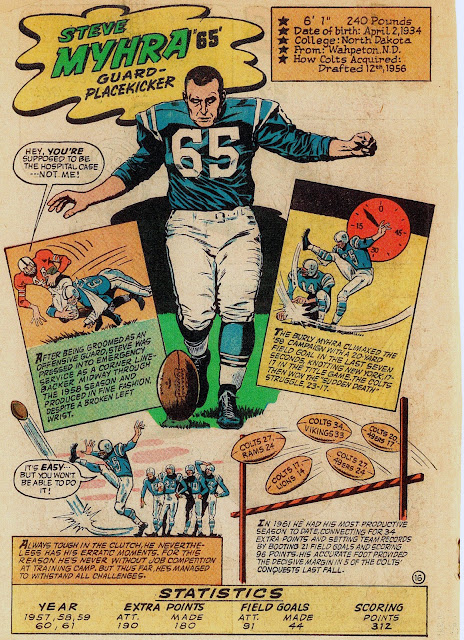 After retiring full-time in 1998 with the Giants, stayed on with New York as a scout emeritus until he finally called it quits following the 2008 season. witnessed the 1958 NFL Championship; watched the greatness of Johnny Unitas; saw Bill Parcells, Lawrence Taylor and Phil Simms win two Super Bowls; and as a scout emeritus had a front-row seat for David Tyree’s helmet catch in Super Bowl XLII. 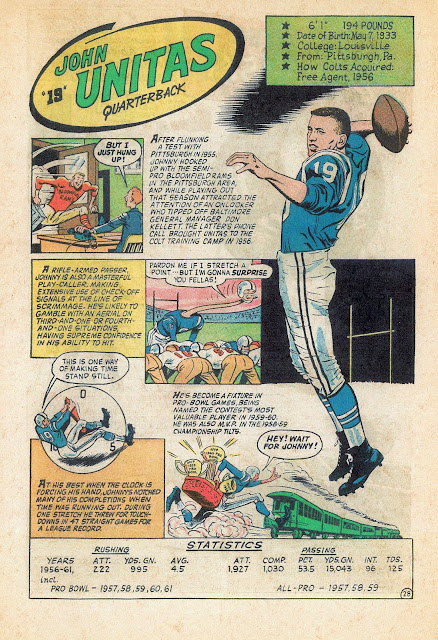 spent nearly half of in the NFL and maybe not his greatest achievement, the 1962 comic book The Baltimore Colts continues to live on