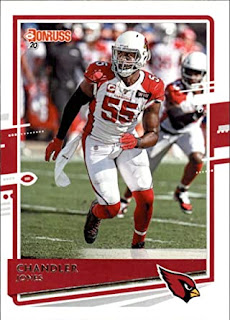 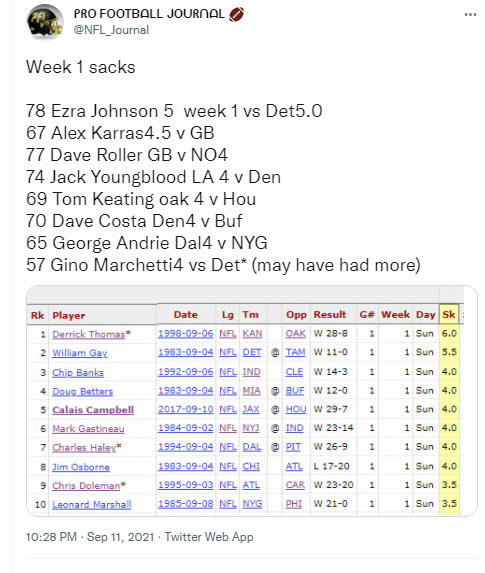 Chandler Jones had five sacks to move him to the third-most ever for opening day. If you add in Ezra Johnson's 5 in 1978, he'd be tied for third.
Either way, it was an excellent day, one that caused tackle Taylor Lewan to Tweet about it—

Lewan didn't give up all five sacks but he did get beat a few times so he was really just owning his poor performance rather than making excuses and good for him for doing that.
Jones now had 55.0 sacks over his last 54 games going back to the beginning of 2017. In that time, including today only Aaron Donald's 58.5 has more than Jones.
Additionally, Jones had 2 forced fumbles, giving him 15 since 2017—Only T.J. Watt has more (17) and leaves him tied with Donald a Khalil Mack who both have had 15 fumbles forced over the last 4 years and 1 game.