As we approach the NFL’s 102nd season in 2021 PFJ looks back on the old tradition of the NFL office sending out courtesy passes to the press and dignitaries. Back in 2016 PFJ wrote an article on how and why Joe Carr, NFL President from 1921-1939, used the ability to send free NFL passes to get the writing press and special dignitaries to come to NFL games during the league’s first two decades.

One of Carr’s biggest attempts to get people out to NFL games was to offer the President of the United States a free NFL pass. From 1934 to 1938 Carr sent a free pass to Franklin D. Roosevelt. His letter and pass would go straight to the White House.

One of the most interesting things about this venture was that the NFL pass that Carr sent every year to Roosevelt was always labeled number one. Carr made sure the President would get the first pass printed up.

Over those five years, Joe Carr's letter to the White House would be addressed to Roosevelt himself and would include the free pass and the hope that the President could attend games that fall. Once in 1936 Carr wrote: "As you are probably aware, the American public has come to realize that Professional Football is a really GREAT GAME, and we would certainly feel complimented to have a really GREAT PRESIDENT honor us with his presence at some of our games." Carr and the NFL would always get a thank you letter back from the White House, signed by FDR's secretary. 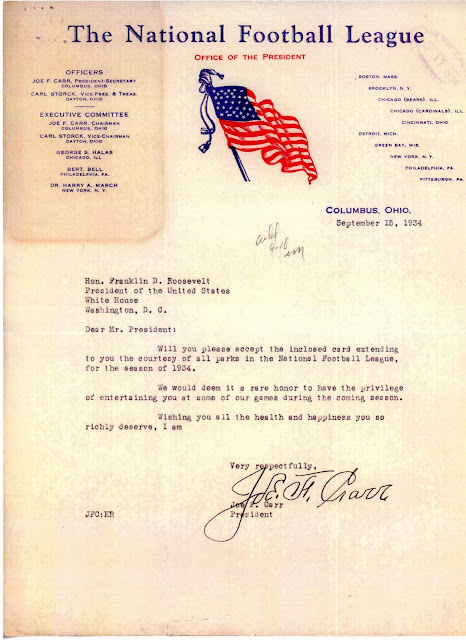 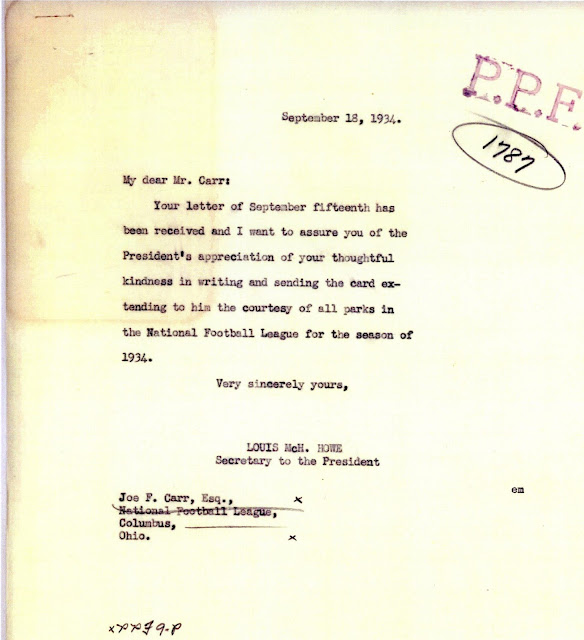 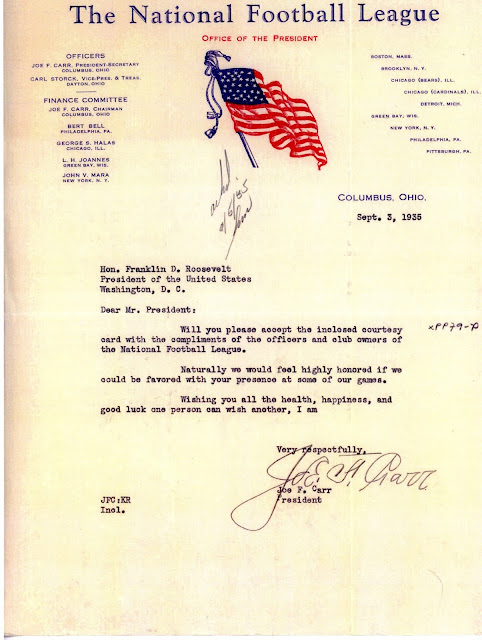 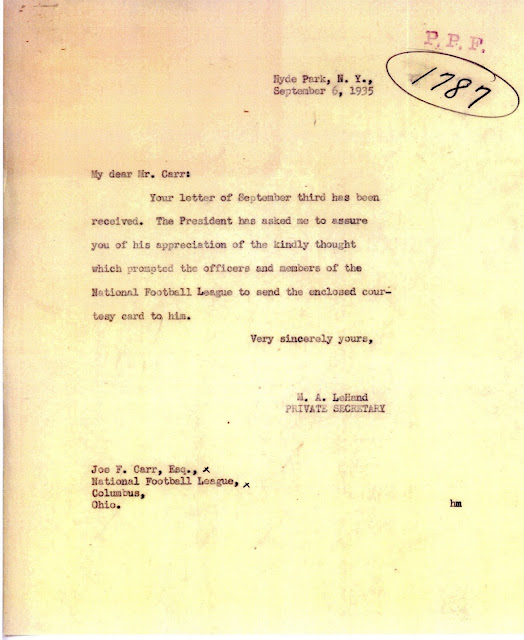 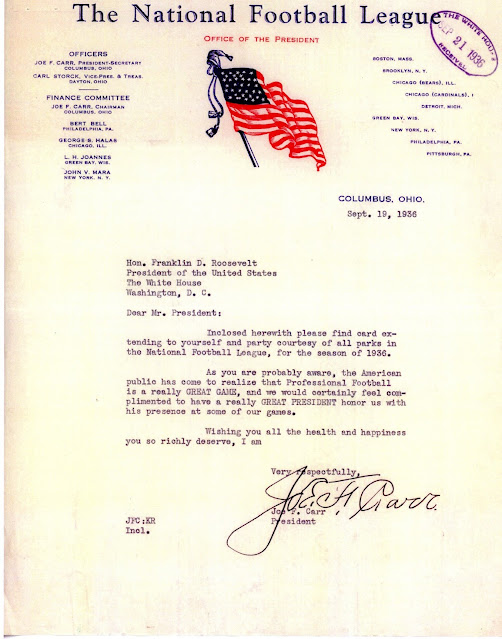 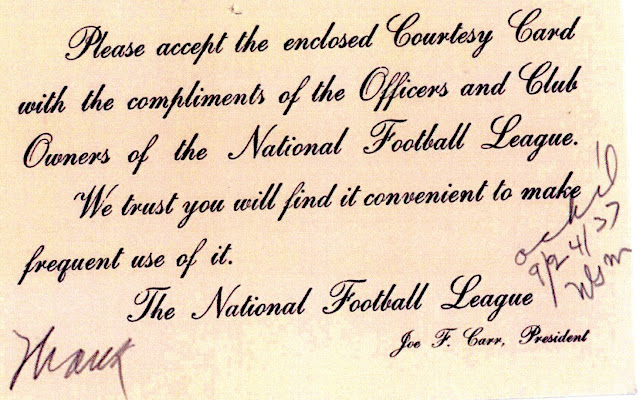 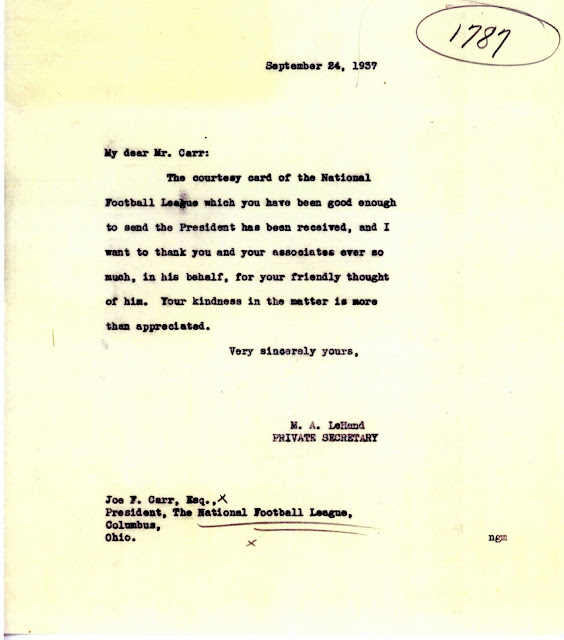 In 1938 Carr and the NFL went one step further. That year Carr sent the pass to Washington Redskins owner George Preston Marshall to hand-deliver the pass to Roosevelt. On September 17th (the day the NFL was founded in Canton, Ohio) Marshall entered the White House at approximately 11:40 a.m. In the White House office Marshall handed the 1938 NFL Pass to President Roosevelt. A photo was taken to preserve the moment. Then at 11:45 a.m. Marshall left, the President had a meeting scheduled with William G. McAdoo, a senator from California.

In the end, it looks like Roosevelt’s schedule prohibited him from attending any NFL games in those years, or at least there is no known proof. Unlike baseball, where FDR attended games and threw out the first pitch often, FDR it seems didn't make it to an NFL game. But it didn’t stop Joe Carr or the NFL from trying.