Note: The HOF teams are not officially separated as First- and Second-teams, however, in the early 2000s on the Pro Football Hall of Fame website they were separated as such and we considered that semi-official and also those divisions followed with who was considered the top players and thus made sense, as you will see below.

Here are the selections: 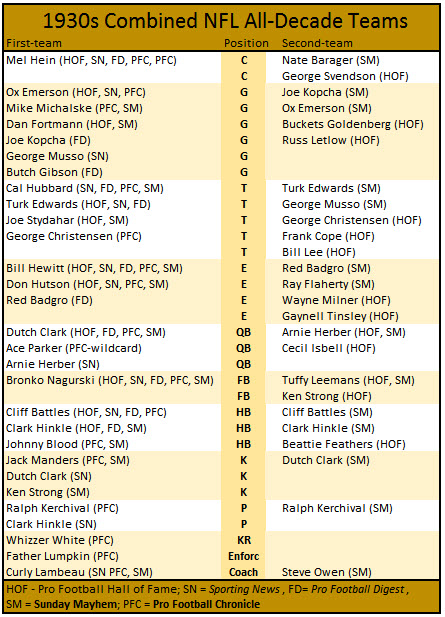 Posted by John Turney at 8:44 AM No comments: