QB Hits and the Breakout of Ziggy Ansah . . .

. . . you never thought you'd be reading about Jimmy Clausen!
by Nick Webster

On Thanksgiving Day the country was delivered a treat, turkey and stuffing aside, we were all given the rare opportunity – outside of the state of Michigan – to witness the continued of Lions DE Ziggy Ansah.  , a highly drafted project out of BYU, has been trending upward for much of the last few seasons –but few saw Thursday coming.  But Ansah (prior to Thursday) was still having a season a level above any of his previous performances, and you could see it coming, maybe it wasn’t the sacks, maybe it was the non-Sack hits. 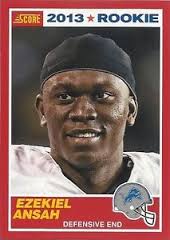 The NFL has been tracking QB Hits1 defenders for a number of years now, but the final counts presented in the box scores and elsewhere2 hits on QB Sacks.  As such, the QB Hit statistics essentially double counted QB Sacks, and the list so closely tracked the Sack list so as to not add value.  However, by removing QB Hits on QB Sacks we can get a sense of who is getting pressure and just not quite getting to the QB.  And in 2014, that was Ziggy Ansah.

But what is the value of a QB hit in and of itself?  Absent a sack, the play goes on, but what do those plays look like?  Clearly – the numbers suggest – there is value in hitting the Quarterback.  So far in 2015 QB Hits have been registered 9.9% of all non-sack drop-backs, providing for a meaningful sample of 1,152 passes where the QB was hit and the numbers are far worse on those -back than when a QB was relatively unmolested.

The passer rating of 60.7 suggests that any average QB, when hit, turns essentially the worst starting QB in the league.  The table below shows the top, and bottom, qualified QB’s in 2015 sorted by Passer Rating and a mythical QB “2015 When Hit”.  The NFL’s last qualified starter to have a lower passer rating than “2015 When Hit” was Jimmy Clausen as the starter for the 2010 Panthers with a 58.4. 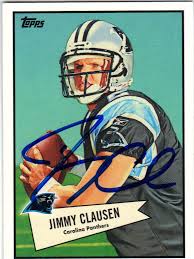 1       1  The NFL Definition of QB Hit requires that the Passer is taken to the ground, this may be conservative, but assists in removing judgement
2      2   For seasons prior to 2015 Total QB Hits (including sack plays) can be found on Advanced Football Analytics, Brian Burke’s excellent site.  Alas, ESPN Stats and Information hired Burke in 2015 and the site is no longer maintained.  Non-sack Hits can usually be derived by subtracting sacks from Hits and adding back FF’s – half sacks should be treated as whole sacks for the purpose of this calculation.  Addr: http://www.advancedfootballanalytics.com/index.php/home/stats/defensive-players/defensive-ends