Selected by the staff of PFJ. 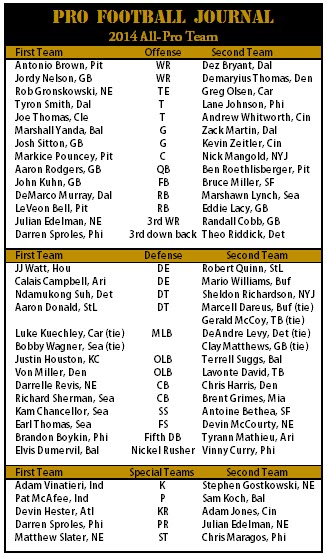 Here are the All-AFC and All-NFC selections: 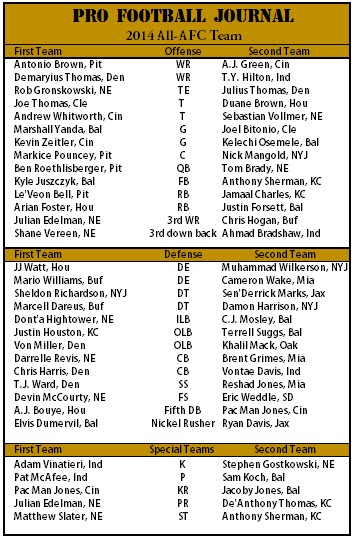 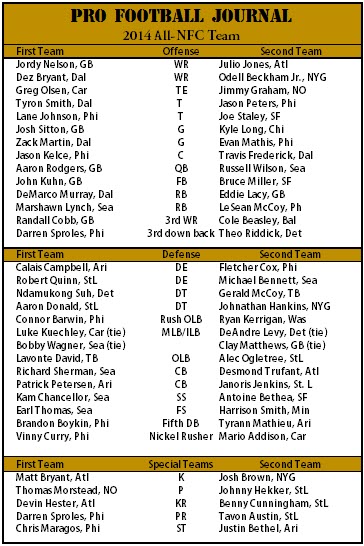 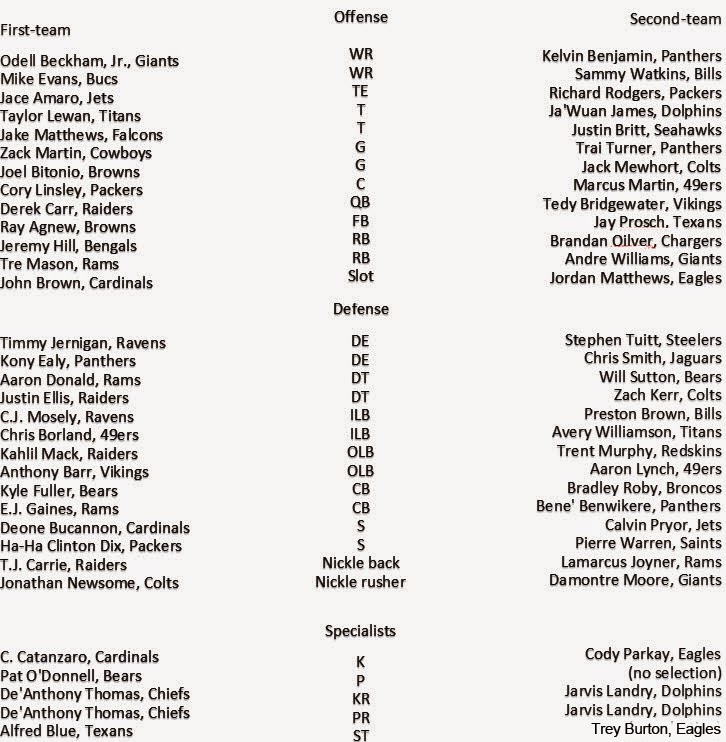 Posted by John Turney at 5:44 PM No comments:

Dandy Don and the Single Back Offense 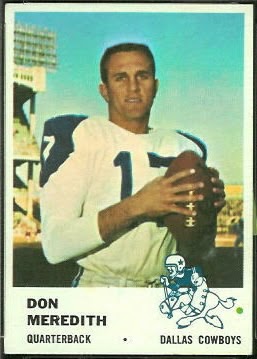 As a 15-year old reading Street & Smith's pro football in late summer of '66 reading about the improvement of the Dallas Cowboy offense in '65. Statements that Dallas had Meredith roll out more as the key element is only partially true. Watching film of Dallas the second half of '65 (2-5 the first half) saw that Tom had the Dallas offense in a single back wing alignment much of the time.

Yes, Dandy Don did roll out, but much more important with Hayes's speed, and three other receivers quickly into their patterns. The Cowpokes go 5-2 and "earn" a Playoff bowl berth. Mel Renfro was moved to offense in '66 to further this alignment and with his speed and athletic ability no doubt he would have contributed. Injury allowed free agent Dan Reeves to get playing time; which he took advantage of especially as a receiver).

The 2000 NFL season was a good one for 3-techniques, well, at least two if them. The previous season Warren Sapp was voted the NFL Defensive Player of the Year by the AP and PFWA. In 2000 La'Roi Glover of the New Orleans Saints was voted the NFC Defensive Player of the Year by the KC Committee of 101. Sapp followed up is -filled 1999 season with 16.5 sacks, tied with Trace Armstrong of the Miami Dolphins for second in the NFL. Glover led the NFL with 17. Or did he?

On Sunday, November 26, 2000, the Saints played the Rams in St. Louis, and in that game Glover recorded 3 sacks on Trent Green. Here is the first as listed in the Gamebook
It shows Glover sacked Green, forced a fumble, which was recovered by Joe Johnson. However, in looking at the clip from , it shows that Glover hit Green low, but it was Joe Johnson, who stripped the ball from Green and then, in a bang-bang fashion, Glover took and empty-handed Green to the turf. It took Pat Summeral and John Madden, the Fox commentators calling the game, three replays the call right.


Since 1987 Elias Sports Bureau had a policy to review sacks if there was a question as to who should get credit, but usually the review was at the request of a team that had an interest in the scoring. If there was no beef, it stood as scored at the time. However, it may have led to Glover finishing with 16 sacks and Joe Johnson with 13, leaving Sapp and Armstrong as the sack champions for the year.

It is easy to see this was the type of play that needed further review, but it somehow slipped through the cracks. I contacted Elias that week to suggest they look at it, but I never heard a word back. At the Super Bowl in Tampa I ran into Seymour Siwoff at the media center and asked why his crew never got back, but he didn't know, but did tell me he wished I had pushed a little harder because they wanted to "get it right".

A review, at any rate, might have concluded the scorer in St. Louis was right anyway, or perhaps a split sack could have been considered. But, in a season like this, with a resurgence of several young and exciting 3-techniques, one of whom may be the NFL Defensive Player of the Year it brought to mind this play.

So, 15 years later, congratulations are in order for Warren Sapp and Trace Armstrong, the unofficial sack leaders of the 2000 NFL Season.