THis 1975 Topps card of Joe Beauchamp shows a Dungard-looking mask, from a photo taken in 1974. However, it seems a bit wide to be the normal DG-210, though it very well may be. The bars seem thinner than other masks. 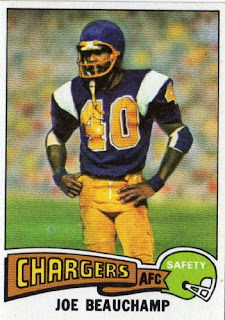 We stumbled across this recently and wonder, in this post, if it isn't the same type mask as the one below. It's a Dungard style but perhaps with steel bars, rather than the traditional aluminum that Dungard used. 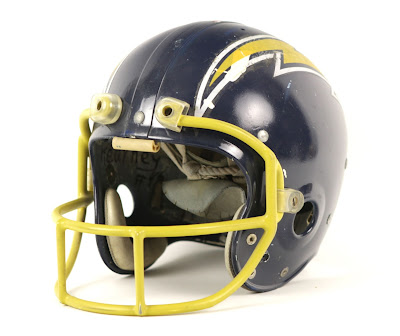 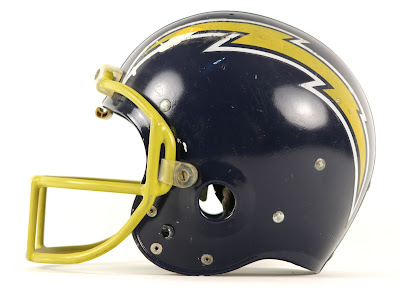 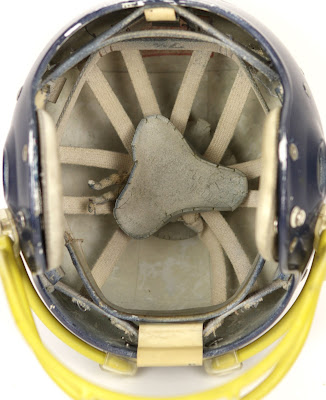 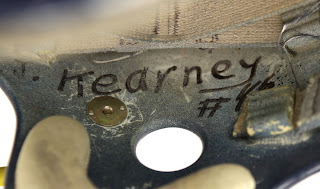 Dungard did expand into steel bars in what they called the "Supermask" around this same time: 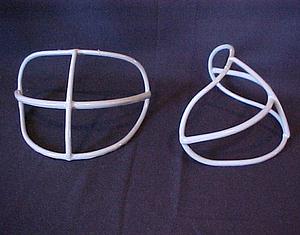 Perhaps the above Charger mask was part of their attempts to move away from the aluminum masks they were noted for. We would love to see anyone's comments who knows for sure if the mask on the Charger helmet had a reference or part number and if it was actually used. It's something we'd not seen before and are curious as to its origins.

Update: We now think that this is a Riddell mask, that according to Helmet Hut is a 1960s creation. Randy Gradishar wore a NJOP versions, Rob Lytle wore the same is Beauchamp wore and Steve Foley wore a NOP version. 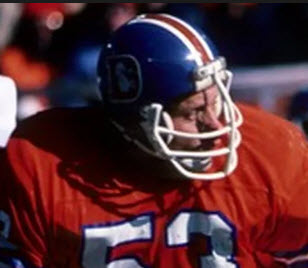 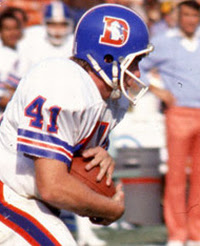 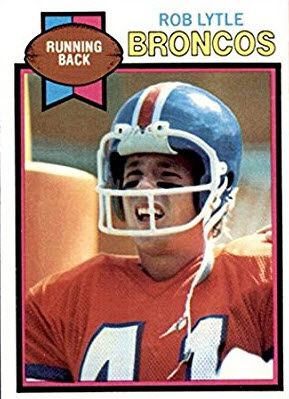 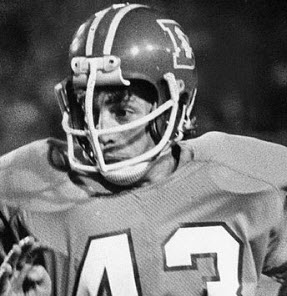 Here is the NJOP version, labeled a Riddell 340 by Helmet Hut who we consider the top expert in helmet sand masks, though there are some others as well who do great work. 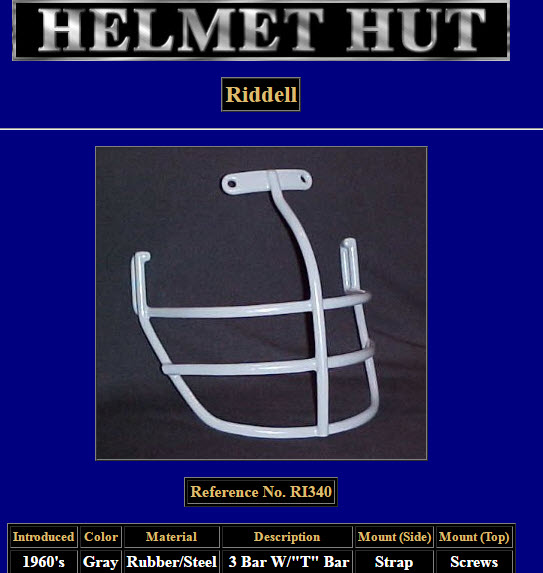