We've posted George Allen's rankings of defensive backs recently and today we are posting his rakings for the "rushmen" or defensive linemen. His term is "rushmen" since he used to say "If a defensive lineman can't rush the passer he is stealing"

This does not appear to be a complete list, however. Missing is his own team and also the Pittsburgh Steelers, the  Baltimore Colts, and several others. We don't have an explanation for that since his defensive back ratings were complete.
But, we thought we'd share it anyway. 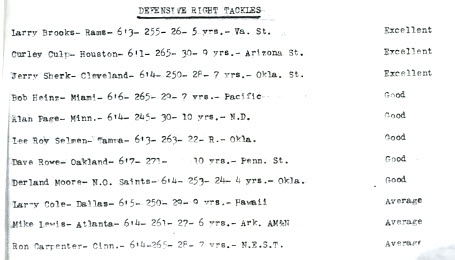 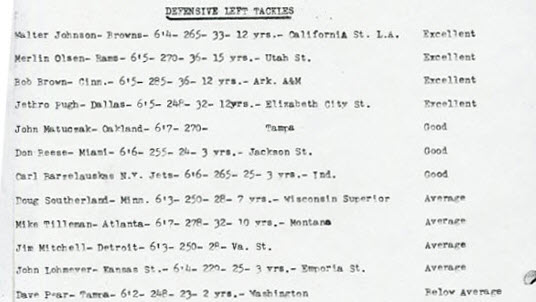 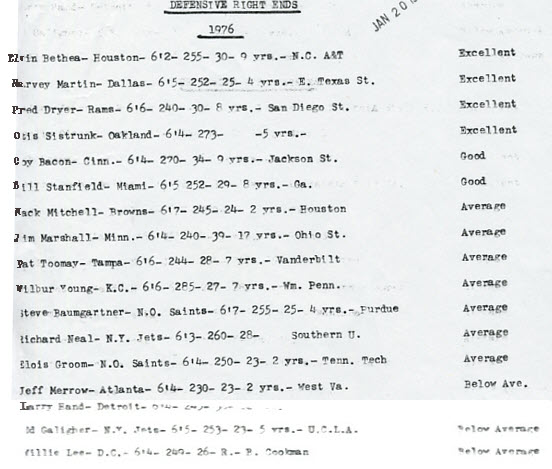