Or is it Twenty Shades of Brown?
John Turney 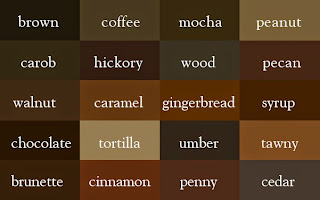 What exactly was the shade of brown of the football used by the New England Patriots in the November 30, 2014, Week 13 game versus the Green Bay Packers? was played in Lambeau Field? The Packers won it 26-21 and no one publicly said a word about the shade of the ball the Packers used on offense and the one the Patriots used on offense. However, according to a source with ties to the Packers organization, several Packers defensive backs told their secondary coaches that the ball was "" and "looked black" when it was in the air.

Without making any speculation as to why the footballs each offense used appear differently (Sources: NFL Game Replay and NFL.com photos, Packsers.com and other photo sources) in fact, they look to be two different shades of brown, one more reddish and normal, like is seen in 99% or more of all NFL games and the other dark, a shade not to footballs used in NFL games.

Surely, Lighting and other things could be among   that in some rare cases football differently from moment to moment. One of the anomalies that comes to mind is the lighting Texas Stadium that had a hole in the roof, for example. In this case that seems unlikely since the stills were taken on consecutive possessions and matched up in a way that they are very close to each other in time as possible in a crude investigation. That, and the fact any viewer can go through the game replay or any photographic images taken of that game and see that the difference does consistently exist the game.

Some might even take color samples via Photoshop or other graphics program to see the red-green-blue . (As a note, I have done that, but I am not an expert in the field and do not think I have enough knowledge to espouse any kind of "expert opinion". Now, I do use Photoshop a lot and am familiar, so my layman's answer? The balls are different shades of brown, when looking at the numbers that Photoshops yields after one puts the "color sampler tool" over them. Again, anyone can do that as well and can post the  they get are the same same shade or different shade of brown.

With the verve in the NFL about deflation and other "gate" that have dogged the New England organization, this is simply more information and it will not cause a longer or shorter suspension of Tom Brady. That wasn't by design, it is just when the article was ready for print.

Now, If the balls are different shades, it begs the question of why? Prior to the rule that allowed the visiting teams to bring the balls they wanted to use this couldn't have happened. Now, it seems something happened to the football the Patriots were using. But if a fair-minded person concluded they are different shades of brown, then to that same fair-minded person the "why" question does become important.

During deflate-gate around the Championship games and the Super Bowl both Brady and Belichick said the Patriots preferred used footballs, likely used the practice during the week, and that those were the ones they take to away games. Fair enough, this practice is well within the NFL Ru. The current issue with deflation is in no way connected to this

So with no further delay, here are some shots if the

Compare this to .
Here are some more, these are taken from so would be similar:


Higher shots from first half of the game. Let eyes be the judge. 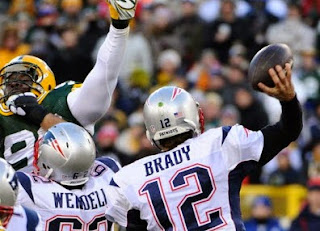 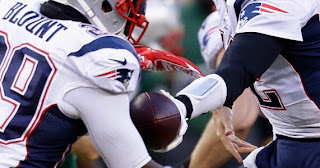 And you ask if there are other games? Yes. But only sometimesDifference in colors, but more later on that.
Once it is or is not determined by folks who were there that the football were different shades then questions could be asked what should ask what caused that? Would a week of practice in the rain do that? (The Pats use practice balls in games) Did it rain in  Foxborough that week?  Are there other games where the shades are indoors and are still different and what would the? Are there games where the Patriots use footballs that appear exactly the same as the other teams? Yes. So, what was different here?

After speaking to several former NFL players (including one who kicked) and coaches there are varying theories among those who do agree that the shades of brown differ and that, again, PFJ will get to soon. But proceeding carefully is important because this may be a case of using a normally weathered ball that week, which, as long as it passes NFL referee inspection and air pressure is legal to use, Or there could be one more example of a team who seeming likes to cut corners doing it here for some advantage.

And my opinion? The kicking ball held by the official in maroon coat is, according to the chart above is "cinnamon". The Brady is spiking is like "carob" or "mocha". The football the Packers were in this was as the kicking ball in my estimation.


Not , but weeks one and two of 2014 I couldn't discern a difference in the shades of brown each offense used. For the next two games versus Oakland and Kansas City, I cannot make the same claim, but here are samples from the next two weeks. You be the judge.
Now, gets confusing. AJ Green is catching a ball everyone is used to seeing, but BOTH Brady and Dalton used a ball more the color of something affected by Pepto Bismol. Just Saying.