1969 Associated Press AFL and NFL Players of the Week

This was the last season of separate AFL and NFL Player of the Week selections. Beginning in 1970 the AP chose Players of the Week -wide, not AFC and NFC as the official NFL selections are today (which began in 1984).

Due to the World Series there were no selections the week of October, 16, 1969. 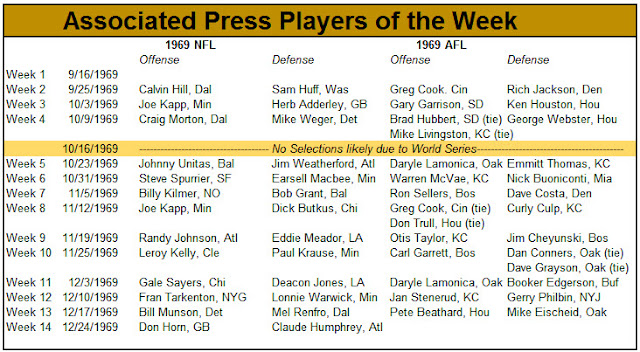 In the AFL there were three ties, and of the selections Bob Grant, Earsell Macbee and Brad Hubbert are likely the least well-known. 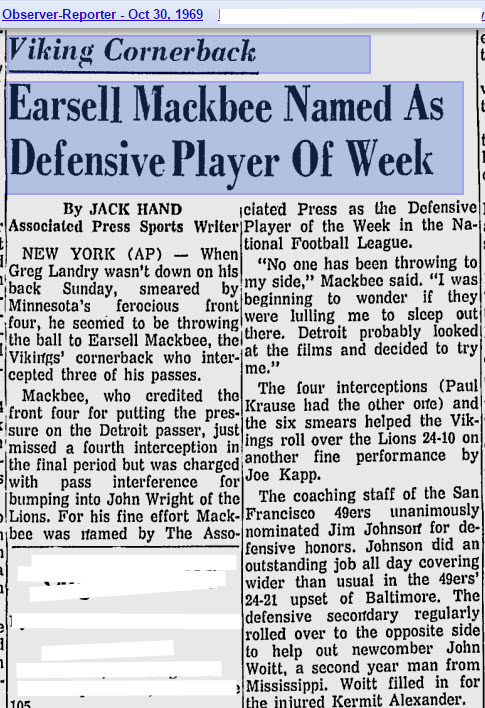