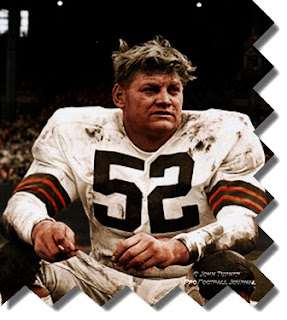 Frank Gatski said he followed the invasion and was not in the "heavy fighting" but according to NFL-Ireland.com "he was among the infantrymen landed on D-Day." 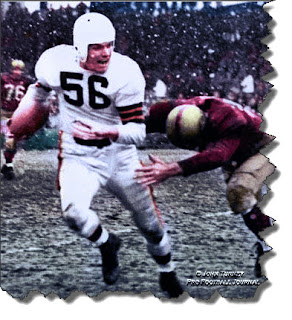 avelli, her Browns Hall of Famer, did see heavy fighting, "He was there with the 28th Infantry, the “Bloody Bucket Division” that fought from Normandy to the Ardennes where he and his fellow soldiers faced dire consequences. told many he spent days in a fox hole doing little but pray. 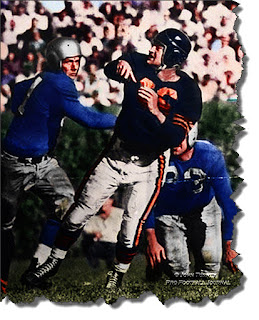 NFL.com reports that Hall of Famer Sid Luckman "Luckman fought at Normandy". We could fight of his war record. 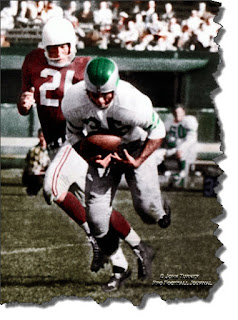 Pete Pihos of the Eagles saw lots of action and according to Pennsylvania Center for the Book | Literary and Cultural Heritage, "Pete Pihos proudly served 14 months in Europe in the 35th Infantry in WWII, serving at the siege of St. and in the Battle of the Bulge. He later observed: “I served under General Patton. We went from Normandy [D-Day] right through the Battle of the Bulge. All you could do was say, ‘I hope I live through today, and I hope I take care of my men the same way.’ It made you grow up in a hurry.” Pihos told the Professional (Pro) Football Hall of Fame that he could recall certain memories of what it was like to serve under General Patton, whom he recalled as a “tough son-of-a-gun.”"