Did the 1968 Bengals Ever Intend to Wear Orange Jerseys?

One of Twitter's accounts that have among the best sports content is named Sports Paper with the address @SportsPaperInfo. If you are not following him, you should.

Today, he posted a piece of art that was released back in the late-1960s and he remarked, sarcastically, that he had never seen the Bengals in this uniform: 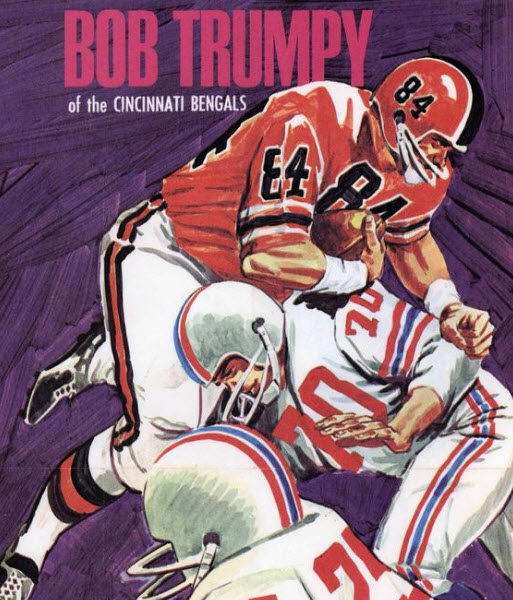 Since the Bengals never wore it, lied the humor. However, it reminded us of a piece of art done by Merv Corning, who was (in our view) the NFL's  artist. He, too, depicted the Bengals in an orange jersey. 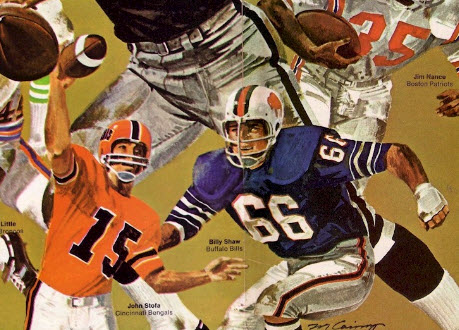 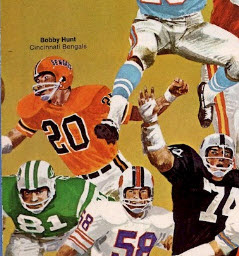 It begs the question, where did the artists get the idea the Bengals would wear orange? It is documented that the Bengals were very interested in using the tiger-stripe helmets in 1968, though they chose one with just the lettering "Bengals". T didn't use the striped helmets until 1981 and the orange jerseys until 2004.
We are now wondering if the Bengals had intended to go with orange and when the above art was commissioned that the orange was going to be used, but changed after the art went to print.

It's just a possibility, but maybe with the question now posed there can be some answers found as to the jersey color like there was the striped helmet that reappeared in 1981. Of course, both artists might have just decided to go with orange jerseys and this is a coincidence.