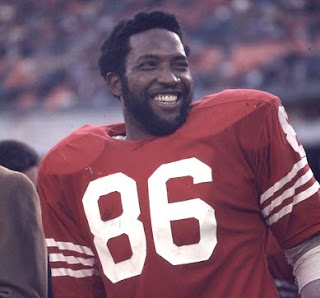 He began his career as a designated pass rusher and a rotational player on the 49ers defensive line, but late in his rookie season secured a starting spot. He was very effective as a pass rusher right away in the NFL but his run defense did lack some. One of his 49er coaches, Mike Giddings, said that they "held a party for Ced after he closed his first trap. The party was in 1972, his third season". 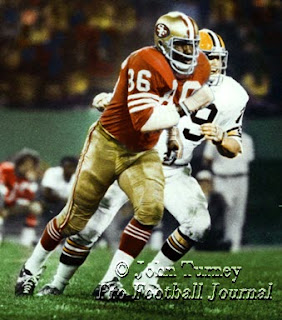 He had 14 sacks in 1975, among the NFL leaders (again, unofficially) and was Second-team All-Pro and went to his second Pro Bowl. But thhat was really it as 'honors' go, 1971 and 1975. He was honorable mention a few times and made some lesser-known All-Pro teams (see below) but it is amazing that someone with his stats was esstentially a two-time 'All-Star'.

Hardman was a flamboyant type, he drove a Caddilac with the personalized plate of "NASTY" and wore the 'mod' clothes of the 1970s era. He reportedly spent much of his rookie salary on his wardrobe which eventually included a "$450 black and white leather suit with fringe on top and on the sides and a 12-inch peace symbol on the front". 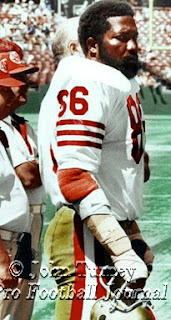 From 1970-75 Hardman played in the 'Flex' defense, implemented by Tom Landry disciple Dick Nolan and as such was hampered some in the pass rush, like the Cowboys linemen were. Often on running downs, they had to line up a half-yard or more off the ball and if the opponent happened to pass it put the defensive linemen in a more difficult situation than if they had played a more usual defensive scheme.

His defensive line coach Paul Wiggin said "our concept of defense there is no place for a one-man show. This puts a restriction on guys who want to blow in the backfield on every play". Still, in his six seasons in the Flex scheme, he totaled 67 sacks.

In 1976 the scheme changed with Monte Clark as head coach and Floyd Peters as the defensive line coach. They installed what was an 'up the field' philosophy or what could be termed a "Jet" scheme and in it Hardman thrived when healthy. From 1976-78 he had 36.5 sacks yet was not able to garner much All-Pro or All-NFC support. (It should be noted the 49ers 'Gold Rush' recorded 61 sacks in 1976, best in the NFL and that the scheme helped Tommy Hart become an All-Pro that year as well as Cleveland Elam the following year).

His line coach, Earl Leggett said in midseason, 1978, "Cedrick's doing a helluva job for us. It's an accumulation of things, individual effort, he gives us leadership".

In 1979 Hardman played through a bad ankle injury in what he said was "a year he shouldn't have tried to play". He gutted it out for new coach Bill Walsh but logged just 3½ sacks by far his lowest NFL total. 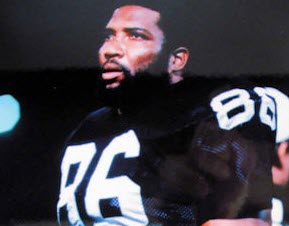 In May 1980, Walsh traded Hardman to the raiders for a fifth and six round picks and with the Raiders he found a new role or an old role depending on how one defines it. He was the Raiders right end in sub (nickel/dime) packages just as he was for the majority of 1970 for the 49ers. He was the first designated pass rusher to earn a Super Bowl ring (a year before Fred Dean did it for the 49ers) and he led the Raiders with 9½ sacks.

Hardman returned to that role in 1981 and that ended his NFL career. He returned to pro football in 1983 as a starting right defensive end for the Oakland Invaders of the USFL and led that squad with eight sacks. Hardman could seemingly roll out of bed and rush the passer, which is what Hardman once termed "the main reason for living the first 13 years of my adult life".

Hardman, at 6-3, 255, and a 4.8 or so 40-yard dash but a very quick 'get off', would likely be a high draft pick now as an edge rusher and that cannot be said of all the players 40-50 years ago but the way the NFL game is played now, Hardman, with his skill set, would fit having enough size and speed to compete. Mike Giddings, one of his 49er coaches said this said this, "(P)erhaps no DE had his upfield burst of speed. Made him ‘trappable’ early in career but his ‘eyes lit up’ when 49ers put an opponent in 3rd and long”. Essentially those comments confirm that he was a rush-the-passer first kind of player, but since he did that so well, he was a valuable player.

Hardman dabbled in acting during and after his career, but he also coached. He was a head coach a Laguna Beach High School but that was derailed when Hardman was arrested for cocaine possession, something that haunted Hardman. 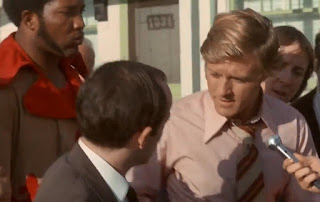 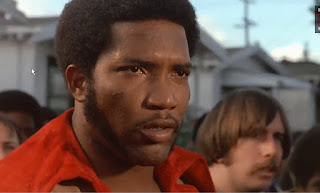 In 1990 he got a second-chance when George Allen hired him as a volunteer coach for Long Beach State University. Allen said at the time "I wanted to help him get over the hump because I know he's a good man". 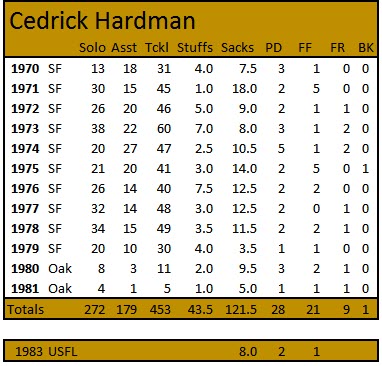