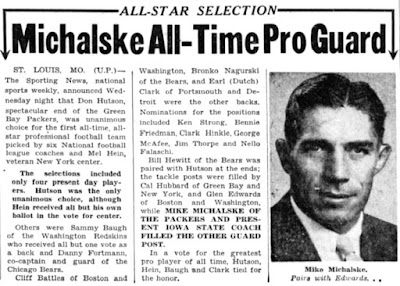 In December of 1942, the Sporting News polled some of the NFL's All-Time greats in order to compose an All-Time team, which was purported to be the NFL's first (of many) sich teams.

Mel Hein declined to vote for himself, thus preventing him from being a unanimous selection.
Posted by John Turney at 6:33 PM