Helmet Oddity: The Off-Silver Color of the Detroit Lions Helmets in the Early 1970s 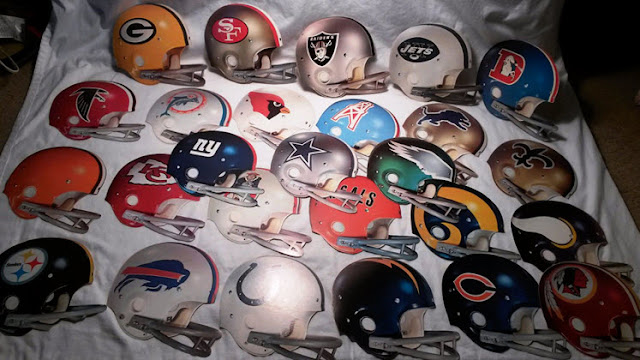 Some of you who grew up in the 1960s and 1970s and followed NFL football may remember that in several product lines that featured helmets the Detroit Lions silver helmet was a different hue than other silver helmets like the Cowboys or Raiders.

We've posted that the Raiders equipment manager liked to tweak the color of the Raiders helmets from year to year, but that didn't occur with the Lions helmets. 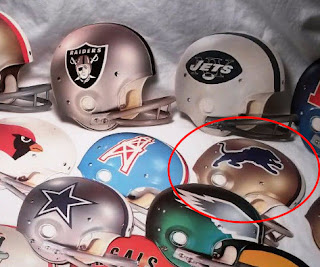 Above is a set of cardboard helmets and as you can see there is a different tone, our is an exaggerated example, but it does illustrate the maker of the product was working with a different hue than Dallas or Oakland's hue.

Here is a display of some NFL game-used helmets. Not the Lions color compared to the Seahawks, Cowboys (that has a blue hue) and Raiders. 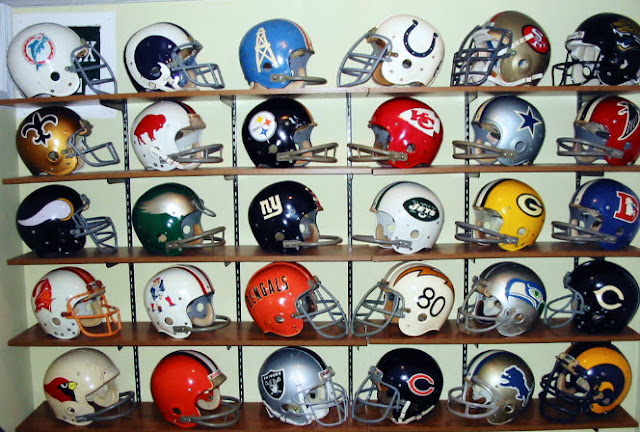 And the off-color  seemed to be a theme in lots of NFL helmet products as well. 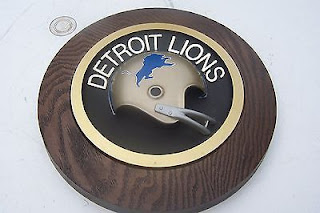 And a Rawlings kids helmet:

There was something to it as you can tell from these shots, there is a slight gold tone or hue to them: 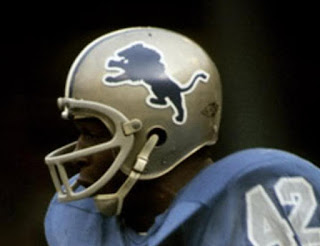 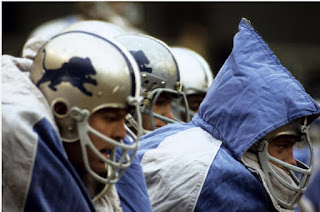 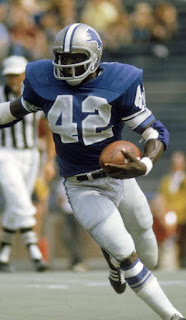 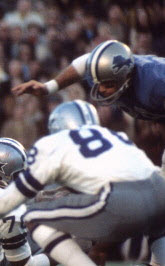 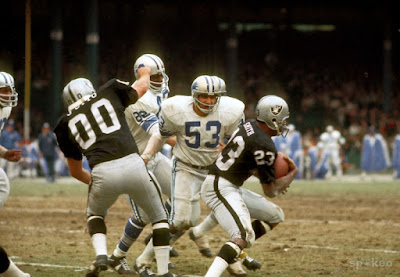 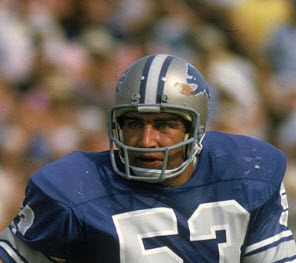 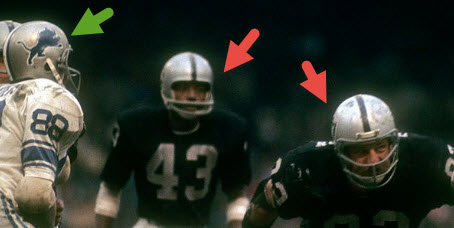 Some we've discussed this with think it may go bachen there was also a time when the helmets had a gold hue, but that disappeared, as far as w aware in the 1960s. Here are some shots from the 1950s: 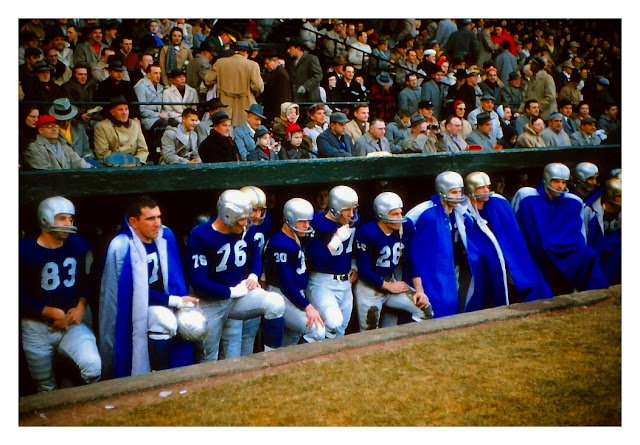 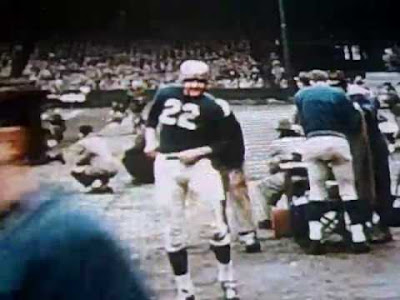 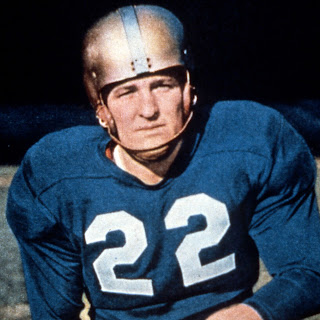 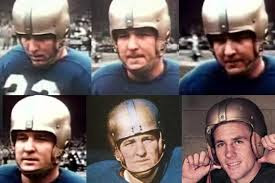 Dr. Del Rye of Helmet Hut.com was asked if the Lions ever wore gold , his answer is found here. Essentially, he says the gold hue was caused by the products in the helmet, when they aged, that caused a yellowing finish.

But, that never explained to us why the 1970s helmets a similar, but less drastic look.
Posted by John Turney at 5:03 PM