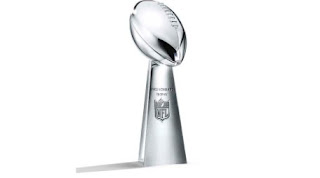 There are times when you just have to admit you got it wrong! Really believed the Chiefs would move the ball up and down the field on Sunday evening, and win their second title in a row. Much has been written already about Todd Bowles and his defensive game plan, and later in this saga will return to that subject. First up, must give credit where credit is due.

All season have "trashed" Conor Orr at SI for his inability to not only understand this game of passion but simply because what he wrote was incorrect/wrong/foolish etc. Last week Conor Orr picked the Buccaneers to win; congrats Conor you got it right.

Now back to the silver trophy game. Putting together a defensive game plan is always a challenge, yet there were times as a high school defensive coordinator my players went on the field knowing they would not only stop the opponent but absolutely dominate.

What is a dominant defensive performance?

Starts of course with points allowed, and for me, that was "pitching a shut-out" (how I relished leaving the press box walking down to the field and looked up at the scoreboard that read 0!), then the yards allowed...obviously as few as possible, then turnovers—taking the ball away over and over again, and finally the pass rush, and especially watching the opposing quarterback pick himself up off the turf after being sacked, and sometimes on that sack having his world turned upside down mentally, emotionally, and physically. There is no doubt that the men who have co-ordinated NFL defenses in the SB and dominated have their place in history. 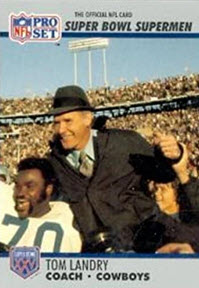 Would enjoy you folks out there that read this column to tell me which defenses should be on the list, and even more so, who would you rank as #1?  We begin my elite eight with Mr. Tom Landry who twice won the trophy, and his defense was a key element. Miami gained 185 total yards in January of '72, and Denver gained 156 in January of '78. Additionally, the Dallas head man with help of course from Ernie Stautner took the ball away 11 times!

Having watched Richie Petitbon as a player and then as an assistant under Joe Gibbs with the Redskins you could easily see how much Richie learned from his mentor George Allen. The Dolphins in January of '83 gained just 176 yards, and take away the long early touchdown pass...Miami completed just 3 of 16 for 21 yards. Todd Bowles played under Petitbon, and would really enjoy asking him what he learned from Petitbon, and did any of those lessons factor in this past Sunday?

Marcus Allen may have been MVP, but the Raider defense nullified an offense that scored 541 points in 16 regular-season games. Washington gained 283 yards but only scored 9 points. Charley Sumner had a terrific game plan. The 49er offense may have gotten lots of deserved ink, but the Niner defense allowed Denver just 167 yards in total offense, took the ball away 4 times, and recorded 6 sacks in January of 1990. 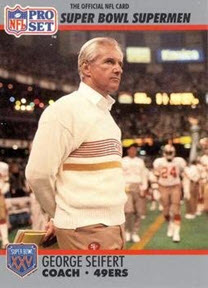 Seifert may have been head coach, but you know he was involved in how San Francisco played defense that day. Now the final three, a case can be made that any of the next three are the best defensive performances ever in an SB. The Vikings gained 119 yards and turned the ball over 5 times, no sacks, yet the pass rush did force Tarkenton to alter his passes. 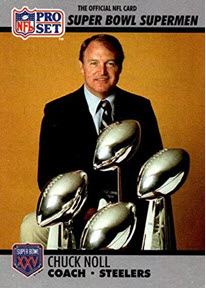 Chuck Noll learned lessons from Shula, and with a very motivated Bud Carson the Steel Curtain was a Black & Gold nightmare for Minnesota. Buddy Ryan may have used a number to name his defense, but very little has been written about the actual alignment and why, but the proof sure was in the pudding for the Patriots as they gained 123 yards in offense, turned the ball over 6 times, and were sacked 7. Ryan's defense was an adaptation of the old Oklahoma State defense of the ''50s.

When Ray Lewis and Rod Woodson left the huddle to line-up for the opposing offense they both knew that they had nine other stalwart defenders motivated to make their job easier. Could go hours on what Marvin Lewis changed for the Giants after stopping the Titans and the Raiders. Baltimore allowed New York just 152 yards in offense, took the ball away 5 times, and recorded 4 sacks. Which team ranks #1? Hope you contact the Journal with who and why.

Evaluating Mike Henry as a linebacker was a joy due to the amount of film have on him as a Steeler and Ram. Jeffrey Miller did a terrific job in his recent column on Mike. Ms. Sherry Lansing ("Emilita") gunned down Blue Tom Hendricks in Rio Lobo, though Mike was rock solid as the bad sheriff. During my time as a special education teacher was fortunate to work with my valued teacher assistants; and one of them had a cup of coffee with the Eagles, Packers, and finally the Browns.

Since my favorite quarterback of all-time is Bernie Kosar had many questions for Cornelius about his time in '88 in trying to earn a spot on the Browns roster. He told me that he never saw a head coach that was more involved, and knowledgeable on every facet of the game than Marty S. The man was a leader, a teacher, and a credit to the coaching profession. RIP Marty.

Lastly, John Turney and myself are going to branch out and do a baseball blog. My first story will be up on February 23rd, which is the birthday of my high school baseball coach. Hope you check it out.