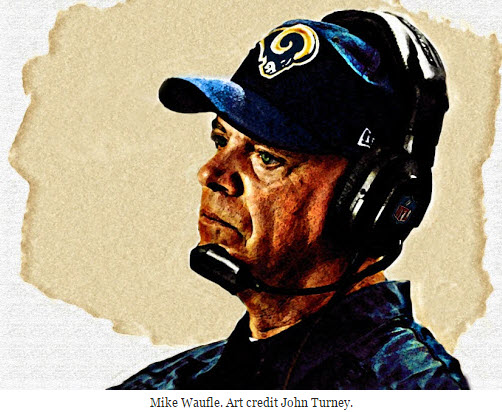 Whatever happened in Los Angeles with the Rams (and previously in St. Louis) it would be hard to put much blame on defensive line coach Mike Waufle.

Since 2012 he's worked under three different defensive coordinators and has produced good results. The injuries to his defensive ends from 2014-16 has hampered efforts in terms of sacks but still, the Rams have been good, as a defense, at making tackles behind the line of scrimmage in the running game.  When these plays (run stuffs) are added to sacks, they have the most in the NFL. It has been a hallmark of Waufle's defensive lines since entering the NFL.

The next two from 2012-16 are the Buccaneers and Cardinals.