Hall of Fame Predictions: The Coach 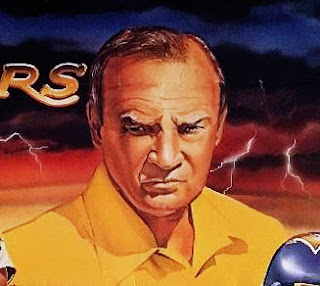 The Hype:  Don Coryell is credited with advancing the NFL passing game and making use of the H-back and making tight ends, via Kellen Winslow, more involved in the passing game than ever before. In short, he's known and an innovator.

The Knock:  It;s always been the playoff performance of his teams. They never advanced to the Super Bowl and never, obviously won one. Marv Levy never won one but got his team there four times.

The Prediction:  We think it is Coryell's year. It won't hurt having Dan Fouts as a voter, who will be in the room to help make the case. We think Coryell did advance the passing game, however, some of the claims we read are not backed up with much evidence. We've read in the past that he invented the 3-digit system, the passing tree, and other things.

We've spoken to folks who knew him well and they said that "Don would say much of his passing came from Sid Gillman and Gillman got his basics from Paul Brown". We think that "invention" of something is a big word, however, we are comfortable thinking that Coryell took something and made it better and was part of taking something to a new and higher level.

Regardless, his bone fides as a passing game innovator are not challengeable. So, we think he advances from the Top 10 to the Top 5 and will get 80% "yes" votes to gain election.
Posted by John Turney at 11:16 AM